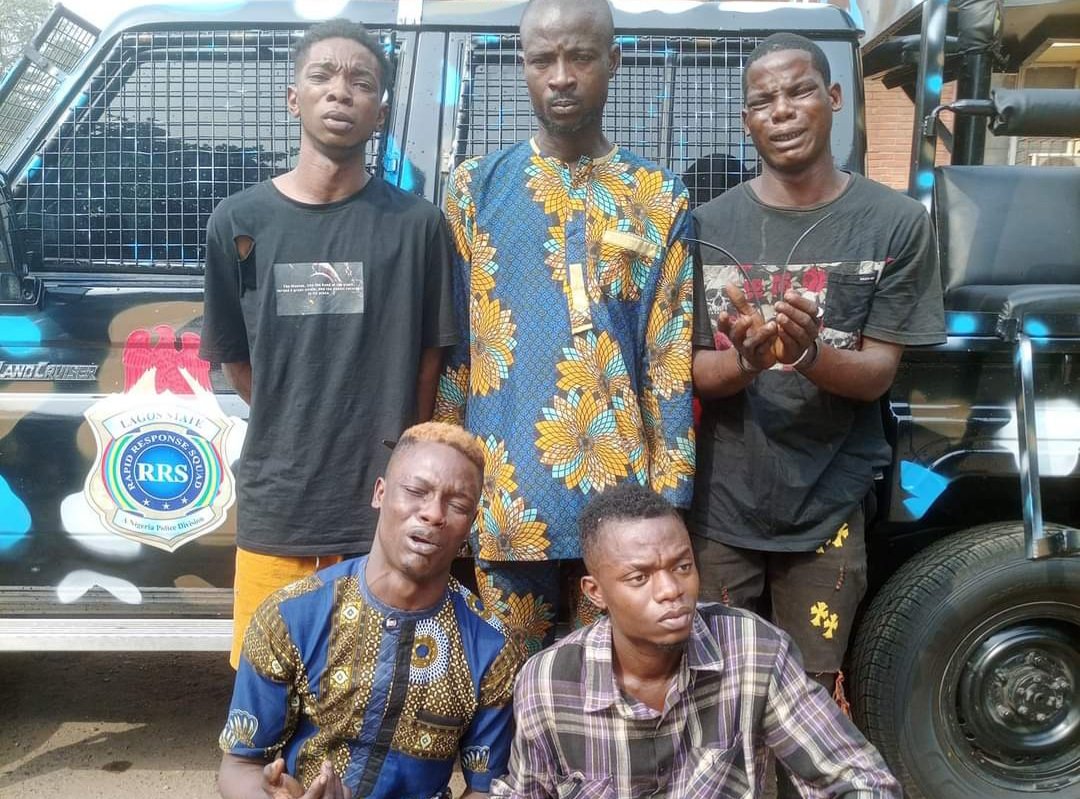 The Awawa Boys terrorizing some areas in Lagos have been mopped after a raid by the state RRS.

Five of the cultists were arrested Thursday  in their hideouts in Mulero, Orile Agege, Abule Egba and Agege, and handed over to the divisional police units in respective areas.

“Recovered from one of the suspects were wraps of substances believed to be Indian hemp and ice,” the police disclosed.

Those in custody in connection with the disturbance will be charged to court.