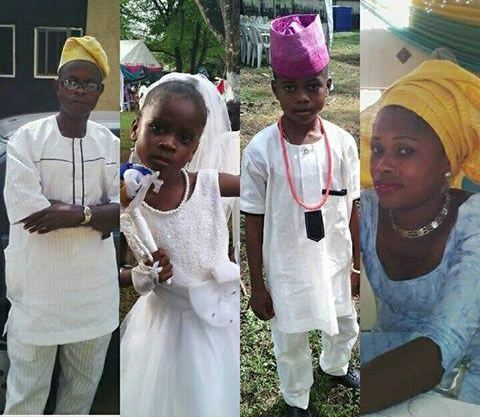 Under the late Oba Oyefusi, Ayangburen 1, Ikorodu enjoyed a semblance of security, but since his demise, the town has been in the grips of ritualists, turning the once peaceful town to a nightmare for both residents and visitors.

As at last count, dozens of people, including children and elderly have lost their lives to a group of faceless marauders under the alias of “Badoo” who have been terrorizing the town for over a year now.

According to findings by National Daily, the name ‘Badoo’ came into limelight when a gang, on June 5, 2016 raped and killed a 27-year old Ghanaian in Ota community area of Ibeshe.

It struck twice in July at Ibeshe, attacked a 60-year Francisca, blinding her 10-year daughter in the process. Another attack was carried out on a Church during a vigil service where an eight-year girl was adopted and raped to a coma.

Another family was attacked in October 2016 in Oluwoye community where a pregnant woman, Afusat Yusuf was killed.

Also by November same year, a 62-year-old widow identified only as Mrs. Ogunleye, and her two children, Seun and Funlola, were the targets in the Owode-Ibeshe area. They sustained varying degrees of injury.

On December 26, 2016, the attackers struck on Saka Adegbose Street, killing two siblings, Azeezat Oriade and Abeeb Oriade. On March 1, 2017, the gang attacked a family on Mosafejo Street, Agbowa, Ikorodu, killing three siblings between ages four and nine and their mother.

This year, it also struck in dozen of places, all within Ikorodu. The latest which came few days after four suspected guys were apprehended by the local vigilante and lynched at the weekend saw the group again attacking Crystal Church of Christ (C&S) Aladura in Ikorodu, killing three people.

According to National Daily findings, the killings were all connected to rituals. For instance, a confession by one of the apprehended culprits in Ibeshe area of the town had it that a handkerchief with the blood of a victim on it used to cost a million naira paid them by their death-contractors, but because there are many of them recruited for the trade now, the ‘pay’ has gone down to half a million.

And names have been mentioned by some of those caught before their summary execution.

The security apparatus, especially the Police seemed overwhelmed. In one of the incidents of arrest where a member of the gang was dragged to the Police Station, the mob was forced to lynch him to death after learning that a phone call alone from some quarters would ensure his release immediately the mob is gone.

ALSO SEE: How Badoo wiped off this family of five last night

But the Police have debunked this claims.

The spokesperson for the Zone 2 Police Command, Onikan, which supervises Ogun and Lagos police commands, SP Dolapo Badmus, said the zone had come up with “operational strategies” to tackle the crime.

“Continuous meetings with the relevant stakeholders in the area and in the state generally are being encouraged for credible information. The command urges members of the public to come forward to help in intelligence gathering that can aid security agencies.” She said.

At the moment, residents of Ikorodu and its environs remain tensed as Badoo, considered to be the game of the big wigs and traditional ritualists continue mauling the innocents.