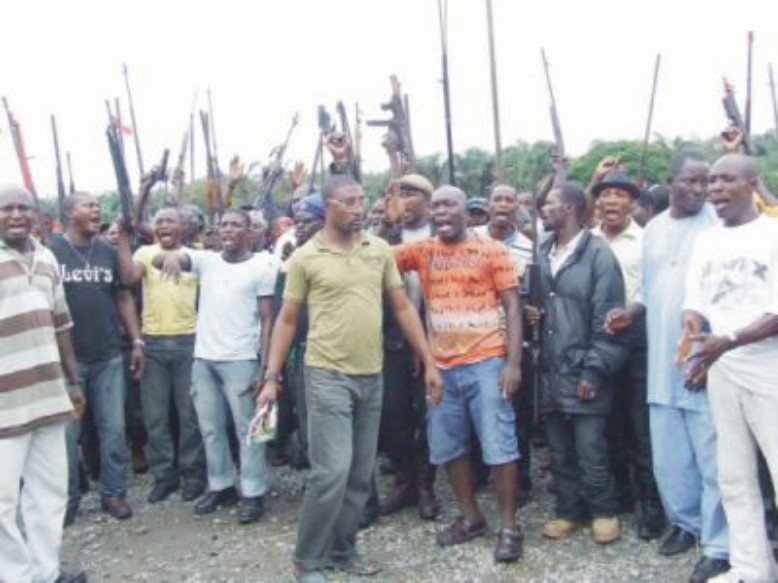 THE unrestrained invasion of communities and massacre of innocent citizens by the Fulani herdsmen across the country is now causing provocation for bloody uprising from the South East since the incident in Enugu State.

Prominent Igbo leaders, at their meeting at the weekend, decided on urgent need for the Igbo nation to organize the people for self-defence against the invasion and killing of Igbo indigenes by the Fulani herdsmen.

Former leaders of the group who are still alive have been summoned to facilitate the regrouping of the Bakassi Boys and also handle the recruitment of new members.

“The action has become necessary because it appears the Federal Government is not ready to protect our people being attacked by the Fulani mafia. This Fulani and farmers clash has been happening in the north central and we thought it is a northern problem,” he said.

“Now, they have moved to the south to trouble our peace loving people. They kidnapped Chief Olu Falae in Yoruba land, they are now invading Igbo land, yet the Federal Government is not doing anything to protect our people.”

Moreover, the Movement for the Actualization of the Sovereign State of Biafra (MASSOB) and the Independent People of Biafra (IPOB) have already issued a warning, urging the Federal Government to intervene and stop the Fulani herdsmen from further killings in the south east.

Some leaders of the two liberation struggle groups disclosed that both MASSOB and IPOB may recourse to arms struggle to protect Igbo land if the invasion and killings by the Fulani herdsmen continue.

Furthermore, the Ohaneze Ndigbo also expressed concern over the Fulani invasion of Igbo land, describing it as serious threat to national security. The Ohaneze Ndigbo also supports the idea for self-defence in Igbo land but warned against the reoccurrence of the 1966 episode that snowballed into the Nigerian civil War in 1967 that ended in 1970.

The Niger Delta militants are also gearing up for confrontation with the herdsmen should they extend their attack of communities to the south-south. Some of the militant’s leaders who spoke to this reporter warned “the Fulani herdsmen to stay off Niger Delta territory or face war.”

The militants vowed that they are on red alert in the zone.

It was reported that about 30 people were killed by Fulani herdsmen during an attack on Ukpabi Nimbo, an agrarian community in Uzo-Uwani Local Government Area, Enugu State, penultimate week.

Several armed Fulani herdsmen, said to be over 100, were alleged to have invaded the community in the early hours of the day.

Continuous gunshots were said to have woken the people who became helpless and defenceless during the sudden attack and had to flee their homes.

Many of the villagers were gathered to have escaped to neighbouring communities in the Uzo-Uwani area.

Corpses were said to be picked from farmlands and deposited at the morgue in Bishop Shanahan Hospital, Nsukka, Enugu State.

The police authorities in Enugu had earlier confirmed the incident. However, the police later said that the killings in the community were as a result of clashes between two cult groups in the state.

ALSO SEE: The Murder of the Fulani: Yugoslavia Unfolding

The Fulani herdsmen violence has become a perturbing issue on national security drawing the attention of several stakeholders to the threat it poses to national integration.

An Islamic organisation, Muslims Against Terror, was gathered to have called on the Federal Government to declare the Fulani Herdsmen as a terrorist group.

“We, the Muslims Against Terror organization, condemn the acts of killing of innocent people, farmers and others by alleged ‘Fulani Herdsmen’ in Nigeria,” the group had stated.

“We urge the Nigerian government to firmly condemn these wanton acts and declare the perpetrators terrorists and an insurgency according to the law and deal with them with the full power of the military.

“We express our condolences and sympathize with the people of Benue, Enugu, Delta, Anambra, and government of Nigeria and the families of the victims killed by the Fulani Herdsmen,” they had declared.

Moreover, Right Honourable Yakubu Dogara, Speaker, House of Representatives, a fortnight ago, had advocated for deliberate and proactive steps to end the incessant farmers and herdsmen clashes across Nigeria, which he said could break the country’s unity.

Also, an elder statesman in Lagos, Dr. Moses Iloh, speaking to the National Daily, warned that the Fulani herdsmen killings may lead to disintegration of the country if not brought under control.

The elder statesman, however, expressed the view that Fulani herdsmen may not be the ones that killed people in Enugu State, arguing that politicians being investigated and prosecuted for corruption may be using certain groups under the guise of Fulani herdsmen to cause bloodshed in order to destabilize the government of President Muhammadu Buhari.

Dr. Iloh said that the Fulani he knows are peaceful people who go about their trade without molesting anybody. He was of the view that those politicians want to divide the country, then, nobody would hold them accountable for looting the treasury of a broken country.

He, however, urged the President to take urgent steps to tame the rising violence in the country.

Share this on WhatsApp
Related Topics:Agatu GenocideBakassi BoysFulani herdsmenIndependent People of Biafra (IPOB)Movement for the Actualization of the Sovereign State of Biafra (MASSOB)
Up Next