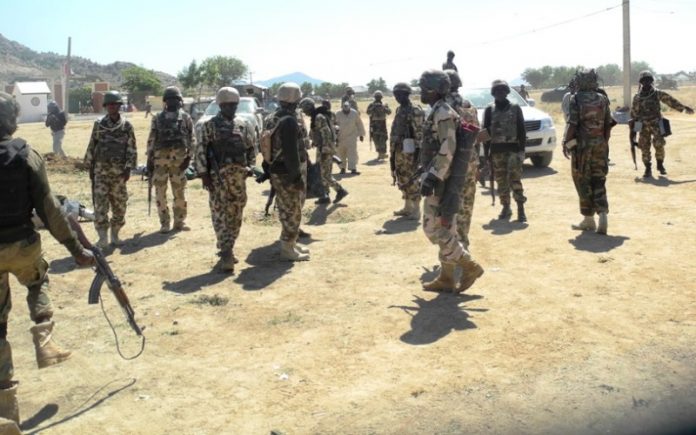 Many youths in Nkanu East and Nkanu West local government areas of Enugu state have abandoned their homes following the invasion of their communities by Soldiers.

Although the reason for the invasion could not be immediately ascertained, villagers who spoke from their hiding places said it might not be unconnected with the recent sacking of herdsmen who were terrorising the area.

Some also believed that the invasion could be the directive of the Presidency to security agencies to hunt down Biafran agitators in the South-East region.

Community sources told our correspondent that the soldiers invaded Ekpoffo on Wednesday and whisked away some youths to unknown destinations.

A source said, “Soldiers numbering over 100 stormed Ekpoffo community in Nkanu East around 7.30pm on Wednesday. They moved from place to place, ransacking houses. Before then, they had blocked major roads leading to the community before swooping on the residents.

“I don’t know how many people were abducted yesterday (Wednesday). They were looking for our youths, but many of them had run away.”

The source also noted that the soldiers returned on Thursday with policemen and personnel of the Department of State Services and blocked all access roads leading to the community.

Another community source told our correspondent that the soldiers also invaded Ndiagu- Akpugo community and razed some houses.

“They went to the house belonging to a man popularly known as Bebia at Ugwu-agba in Ndiagu-Akpugo. They didn’t see anyone, so the soldiers set the house ablaze.

“As I am speaking to you, our young men have run away and some members of the community are relocating to the state capital in fear for their lives,” he added.

The traditional ruler of Adamagu Akpawfu community, Igwe Christopher Nnamani, who resides in the Enugu metropolis, said he received several phone calls from his subjects informing him of the invasion.

“I am on my way to my palace; come there so I can see who I am speaking with. I won’t like to speak with someone I have not seen on the telephone,” he said.

He also did not respond to text messages as of the time of filing this report.

He later switched off his phone.