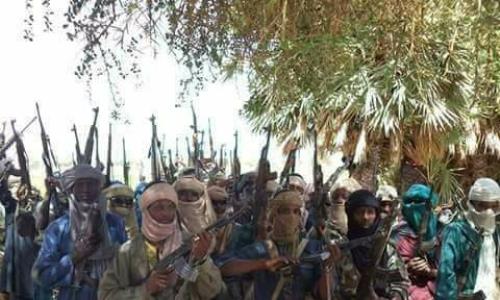 Bandits came back and attacked some communities in the Sabon Birni Local Government Area of Sokoto state, killing many on Wednesday.

The criminal set villagers ablaze and kidnapped many police officers.

It was gathered that one of the residents who were set ablaze, died instantly while others were rushed to hospitals for treatment.

Sa’idu Ibrahim, member representing Sabon Birni East constituency at the State House of Assembly, confirmed the incident to newsmen in the State.

Ibrahim said the bandits are now targeting security formations in the area following their recent successful attacks on military formation.

“They are now looking for where security operatives are stationed because their morale was boosted by their recent attack on a military formation at Dama where many soldiers, policemen and Civil Defence officers were killed.

“So they are now attacking places where they know military, police or other paramilitary are camping.

“They shot two persons, including a woman and burnt three others who hid in a grain store; one of them died instantly while the other two are receiving treatment in the hospital,” he said.