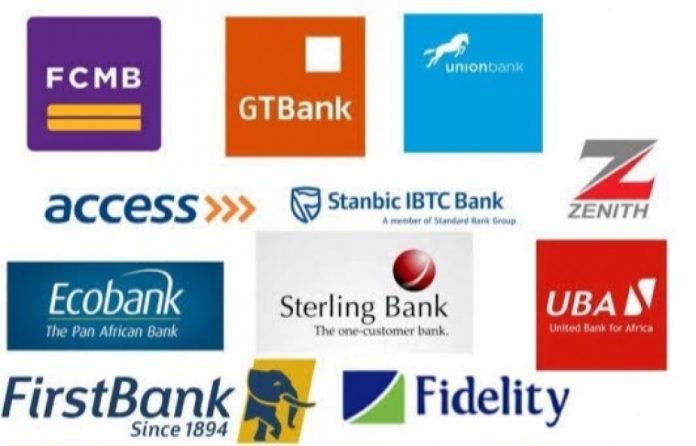 Developments in the Nigerian banking system in recent times can be dispassionately classified into some giant strides, novelties and then benumbing oddities. From the acquisition of the ‘elephantine’ Union Bank of Nigeria (UBN) Plc by ‘baby’ Titan Trust Bank Limited to the commencement of business by a few newly licensed banks, and to theopening of thousands of ‘unauthorized’accounts by one of the banks by virtue of privileged access to a ‘common database’. There is also the issue of bankers who lost their jobs during the banking consolidation years (2005/6) now having to be paid ‘backlog’ of their terminal benefits by the Central Bank of Nigeria (CBN) and the Nigeria Deposit Insurance Corporation, courtesy of a court ruling in favor of the ex-bankers. According to reports, these “discharged bankers under the aegis of the Association of Ex-staff of Non-consolidated Banks of Nigeria have given the CBN and the NDIC an ultimatum to pay their N5.7 billion benefits within one month”.

On the regulators’ side, even the apex bank was not spared ripples of the oddities in the system: for, according to reports, the Independent National Electoral Commission (INEC) has barred the Central Bank of Nigeria (CBN) from keeping its sensitive electoral materials. Chairman of the Commission, Professor Mahmood Yakubu announced this in Abuja at a symposium with the theme ‘The Electorate: A Conversation on Elections in Nigeria’. Yakubu said in the interim, the CBN would no longer be in charge of election materials, beginning with the Ekiti State governorship poll scheduled for June 18, 2022.

Obviously, the high point of strides in the banking industry in Nigeria in recent months was the completion of the acquisition of majority equity stake of about ninety percent of one the oldest banks in the country, UBN, by a barely three year-old bank, Titan Trust Bank Limited. Unsurprisingly, when the process culminating in this deal commenced about six months ago, not a few industry players and stakeholders expressed doubt or outright disbelief. This was due, in part, to the fact that the UBN—arguably the second-oldest surviving deposit money bank (DMB) in the country—was for long in the ‘big league’ and loomed large in the Nigerian financial firmament—playing very actively and dominantly in practically all subsets the financial services industry. There was the ‘Big. Strong and Reliable’ Union Bank of Nigeria Plc; the Union Merchant Bank Limited; the Union Homes Limited (Mortgage Bankers); Union Insurance Company Limited, among others—all under the UBN group behemoth.

On the other hand, Titan Trust Bank (TTB) Limited started effectively operating as a commercial bank after obtaining its National Banking license on April 26, 2019. But with the consummation of the acquisition deal a few days ago, the entire executive management of the UBN, including its chief executive officer had to ‘retire’, yielding positions to the new owners (TTB). Indeed, the new CEO of UBN is the managing director of TTB, Mr. Mudassir Amray. With this, the 105-year old bank (UBN) is now fully owned by the three-year old bank (TTB)—arguably, the fist of such acquisition in the annals of banking in Nigeria.

While this unprecedented acquisition deal was being perfected, another development without antecedent was taking place in the industry namely, obtaining a court ruling compelling two key regulators (CBN and NDIC) to pay bankers who lost their jobs during the celebrated banking consolidation of 2005/6. Specifically, a National Industrial Court in Lagos had on May 23, 2022 ordered the two Federal Government agencies to pay over N5.7 billion terminal benefits to more than a thousand bank workers affected by the re-capitalization exercise of 2005/6. The money, according to Justice Paul Bassi, is to be paid within three months from the date of judgment, failing which, the sum would attract 10 per cent interest until liquidated.

Operating under the aegis of the Association of Ex-Staff of Non-Consolidated Banks ofNigeria, the affected bankers gave the CBN and the NDIC a month ultimatum to pay their N5.7 billion benefits. Chairman of the association, Mr. Magnus Maduka has warned that “If the central bank and the NDIC want to save themselves unnecessary problems, they should just grant every staff of those banks, including those that joined a week before the shutdown of the banks their terminal benefits.”

Incidentally, the court action that led to the ruling in favour of the ‘ex-bankers’ was one of the fallouts of the bank recapitalization exercise that came to a close in 2006 with only 25 banks ‘successful’. However, as the court case went on, the banking industry has kept experiencing new dynamics, including mergers and acquisitions, massive organic growth, financial technology (fin-tech) impact, off and onshore expansion and competition, etc. Notably, however, more merchant and commercial banks (and other specialized banks) have been springing up in recent times, unlike soon after the consolidation.

It should be noted however that while the ‘influx’ of new banks into the banking sector in recent times has largely rubbed off positively on the system, it also has some downside impact, It has heightened competition in the industry to such an extent that some operators have practically jettisoned ethics and professionalism. A recent example of the upshot of ‘deadly competition’ is the one where Wema Bank is alleged to have opened several unauthorised accounts, using database of Nigerians available to it, contrary to National Information Technology Development Agency (NITDA) regulations. According reports, Wema Bank claimed that its workers in the marketing department or vendors were behind the unauthorised accounts, stating that the bank opened them to achieve one million accounts creation in one day, in celebration of the 5th year anniversary of its digital platform, ALAT.

The financial institution, it was reported, had taken advantage of personal information of Nigerians, which was in its possession, to create the accounts, an action that breaches the NITDA regulation on data protection, and shows Wema Bank intended to profit from the illegal usage of data belonging to customers and non-customers. This banking practice, it was further reported, is similar to that of WellsFargo, the United States bank that was fined $185 million by the Consumer Financial Protection Bureau in the US, for opening 1.5 million unauthorised accounts, leading to the sack of over 5,000 workers at the firm.

However, in Nigeria, according to NITDA regulation, penalty for breaching personal data of Nigerians by a company in possession of 10,000 and above data, is two percent of the firm’s annual gross revenue of the preceding year. Although, the NITDA regulation also states that the data controller could pay N10 million for the data abuse, however, it depends on which is higher. But with Wema Bank’s annual revenue for the period ended December 2021 put at N93.63 billion, the two percent is likely to apply, which means the firm will pay about N1.87 billion.

While NITDA pursues the alleged breach to its logical conclusion, another recent development that cast a slur on the integrity of the banking industry and its regulators was barring of the CBN from keeping INEC’s sensitive election materials. This move, which obviously questions the integrity of the apex bank, is certainly not unconnected with the recent partisan political misadventure of the leadership of the apex bank—which culminated in the INEC and Attorney General of the Federation (AGF) being sued by the CBN boss. Although the case has since been withdrawn or cancelled, the sanctity and purity of the apex bank has irretrievably been lost. To INEC, the apex bank has become as partisan and vulnerable as any other agency, when it comes to the safe keeping of sensitive electoral materials—a role the CBN has almost exclusively been playing for eons.Although in material terms, the apex bank has not lost anything, but the symbolism and significance of INEC’s decision cannot be fathomed. It is indeed a lesson for all!

• Mr. Okeke, an economist, sustainability expert and business strategy consultant, is a Columnist with National Daily. He can be reached at: [email protected]
Share this on WhatsApp