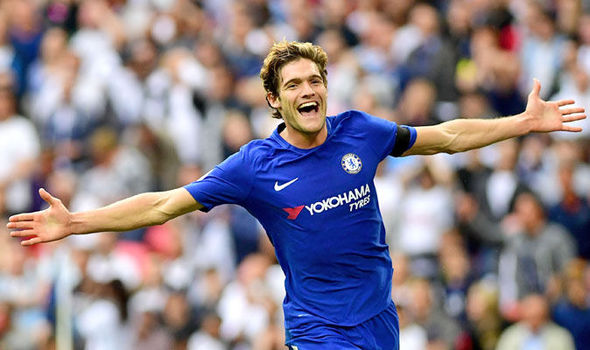 Share this on WhatsApp
Spread the love
By Boluwatife Ezekiel Olaleye
Catalan Giants, Barcelona are eyeing Chelsea left-back Marcos Alonso as the La Liga leaders see the experienced defender as competition for Spanish international Jordi Alba.
National Daily reports that Alba has not impressed coach Ernesto Valverde and he believes Lucas Digne is not of sufficient quality.
The former Athletic Bilbao gaffer Valverde has made a shortlist of possible replacement for the ex-valencia star Alba, who has helped the club to three trophies and a Champions League trophy in 2015.
ALSO SEE: Super Eagles must avoid money issues – Gernot Rohr
The former Real Madrid player Alonso, has spoken in the past about his links to the Catalan club.
He said: “It’s a compliment that a club like Barca are interested in you.
“I am very happy here. I feel very valued by the club and I do not think of anything else.”
Alonso helped Chelsea to a Premier League title last season and has been a regular feature for the blues this season too with two goals in the league so far.
Share this on WhatsApp