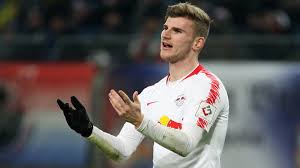 Share this on WhatsApp
Timo Werner is unlikely to move to Bayern Munich this summer, according to RB Leipzig manager Ralf Ragnik.
Despite Werner’s contract being up in 2020 and fierce speculation linking him with a move to the German champions, Bayern are yet to make a formal approach for the 23-year-old’s services.
Ragnik thinks that means the Bavarian’s are unlikely to sign him. Mannchester City are close to agreeing a deal to bring Juventus defender Joao Cancelo to the club, says Record.
The 24-year-old Portuguese will reportedly cost €60 million (£53m/$67m).
Gareth Bale can rekindle his passion for football and get his “desire” back were he to end his Real Madrid nightmare and return to Tottenham, claims former Spurs striker Mido.
“He needs to feel loved and people love him at Tottenham. If he goes back he will be one of the best players in the Premier League again.”
Share this on WhatsApp