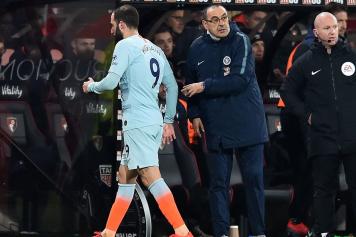 Share this on WhatsApp
Gonzalo Higuain would welcome a return to Juventus alongside Maurizio Sarri and Cristiano Ronaldo, claims Tuttosport.
The Argentine striker is approaching the end of a loan spell at Chelsea and despite previously stating a desire to remain in west London, would now be prepared to head back to Italy as Massimiliano Allegri prepares to depart Turin.
Luka Modric is poised to extend his Real Madrid contract through to 2021, claims Marca.
Toni Kroos and Nacho Fernandez have already agreed fresh terms at the Santiago Bernabeu and the current holder of the Ballon d’Or is set to be the next to put pen to paper.
Pep Guardiola has agreed to become the new manager of Juventus, according to AGI.
Share this on WhatsApp