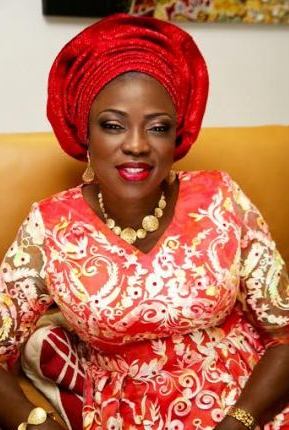 Mrs Bolanle Ambode, wife of Gov. Akinwunmi Ambode of Lagos State, on Tuesday advised youths to be ambassadors of peace and contribute to the development of their various communities.

Ambode gave the advice at the First Youth Interactive Session organised by the state Ministry of Youth and Social Development with the theme “Peace in The World, The Role of Lagos State Youth’’.

She was represented by Mrs Seye Oladejo, the wife of the state Commissioner for Special Duties and Inter-governmental Affairs.

Ambode urged the youth to use their knowledge and skills to bring their communities together and promote service to humanity.

According to her, peace and unity will open doors for development and cohesion.

“Youths should be on the front-line championing for peace and unity, not only in Lagos State, but across the country,” Ambode said.

Akinbile-Yusuf urged stakeholders and youth organisations to collaborate with the state government to create an enabling environment for youths to develop their skills and talents.

In his remarks, Mr Desmond Elliot, a member of the state House of Assembly, representing Surulere Local Government Constituency l, urged youths to make themselves useful in the society.

Elliot said that he was at the occasion to listen to the views and problems facing the youth in the society.

“I am here to listen to the views and problems facing the youths so that at the assembly, we can make proper budget and formulate policies that will empower and engage the youth positively,” Elliot said.

Otubela advised them to embrace dialogue in channelling their grievances and shun all forms of unrest and violence.

Mr Abiola Salami, a motivational speaker, said that achieving any meaningful peace in the society required the collaboration of all, especially the youths.

“As youths, we need to see ourselves as agents of change and instruments of peace. We need to make sacrifices and take up responsibilities by making a difference in our society because the future is in our hands.

“We should begin to think of what we can do in our society, rather than wait for government, and reduce the over-dependence on government, ” he said.