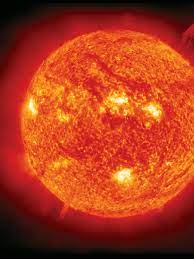 There is emerging global tension over efforts in the United States to develop new technology, “solar geoengineering”, to minimize or prevent the sun from reaching the earth to eliminate the effects of climate change.

It was gathered that ‘researchers in the US are developing technologies to block sunlight from reaching the surface of the earth.’ The research was said to include a program from Harvard, financed by Bill Gates, ‘to spray chemicals into the earth’s stratosphere that would mimic the effects of ash clouds from a volcanic eruption’.

Other programs were identified to include the use of “space bubbles” to reduce the amount of sunlight reaching the earth.

It was also said that there are proposals initiated to create government regulations on programs that would reduce the amount of sunlight reaching the earth, or “solar geoengineering.”

However, the side effects of the technology that is being developed is yet to be determined.