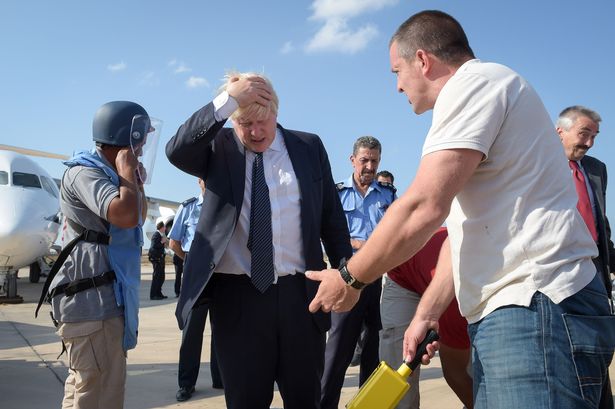 Boris Johnson is travelling to the Caribbean to visit British overseas territories destroyed by Irma, amid criticism that the Government’s response to the devastating hurricane was slow.

The Foreign Secretary will spend “the coming days” in the region to see the UK’s relief effort first-hand, the Foreign and Commonwealth Office said.

He is expected to visit the British Virgin Islands and Anguilla, two of the worst-hit territories.

French President Emmanuel Macron is also visiting the region, and his trip to St Martin is expected to coincide with the arrival of a military ship carrying supplies. He has already arrived on the island of Guadeloupe.

Critics said the UK Government did not prepare adequately, was slow to respond once Irma hit and did less to evacuate its citizens than other nations.

Some Britons stranded on affected islands said they felt abandoned, while others claimed the Dutch and French governments – which also have Caribbean territories – were better prepared and quicker to respond.

The Government has rejected the criticism, citing the sheer magnitude of the storm – the worst ever to hit the Atlantic.

“I think the scale of this hurricane is something quite unprecedented, but let me assure you, we are working hard now to bring relief to our own particular territories,” Defence Secretary Michael Fallon told Sky News.

We’re going to get as much help there as we can.”

Sir Michael said the Government had sent 900 troops and three helicopters to the region, in addition to a Royal Navy vessel. He added that consular staff was trying to contact Britons who might be stranded on remote islands.

But he warned: “Communication has been difficult, it isn’t easy to fly between the islands and it isn’t always easy for the governors or British staff to know who is left behind on which island.”

Royal Navy ship Mounts Bay, which is carrying marines, medics and engineers, has been bringing relief to the British Virgin Islands. Another, HMS Ocean, is set to arrive in the Caribbean within days.

Mr Johnson will meet with governors and other officials leading the recovery work, and will visit some of the hardest-hit places.

Irma was downgraded to a tropical storm early on Monday, after inflicting record flooding and deadly devastation in Florida and on several Caribbean islands.

As a Category 5 hurricane, the rare top end of the scale of hurricane intensity, it killed nearly 40 people in the Caribbean.

How LASG director coldly took his own life with aso-oke