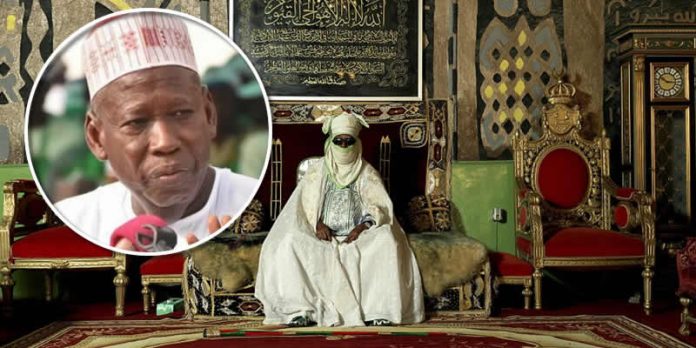 A Kano State High court sitting in Ungogo has declared the appointment and the installation of four new emirs by the Kano State government as null and void.

However, some Four Kingmakers that have the traditional legal powers to appoint new Emirs, did not receive the action of the Governor wholeheartedly thereby calling for the nullification of the appointment.

Justice Nasiru Saminu, the Presiding Judge ordered a return to status quo pending the hearing of the suit against the appointment of the Emirs.

The State High Court had on May 10th issued an exparte order restraining the Balkanisation of Kano Emirate and installation of new Emirs.

Contrary that the Kano State governor,Dr Abdullahi Umar Ganduje issued the appointment letters, and presented Staff of Office to the new Emirs against the subsisting Court Order.

The Plaintiff was represented by his Counsel, AB Mahmud SAN, while the defendants were represented by Kano state Attorney General, Barrister. Ibrahim Muktar.

The defendants in the suit included Governor Abdullahi Umar Ganduje the Speaker, Kano State House of Assembly, Clerk of the Assembly, the Commissioner for Justice and Government Printer.

It could be recalled that on Tuesday the Kano kingmakers filled another suit against state government challenging the splitting of the Election into smaller Units.