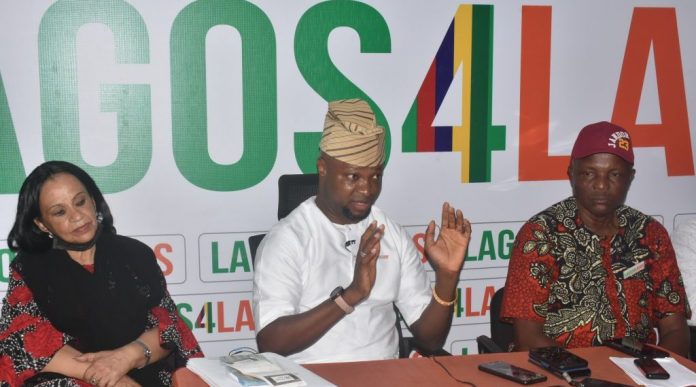 Members of the Lagos4Lagos Movement have officially defected en masse to the People’s Democratic Party (PDP), National Daily has gathered.

He equally directed the question to members of his group who all unanimously endorsed the decision.

The official declaration will take place on Saturday, 18 December, 2021.

Recall that a delegation of the Peoples Democratic Party (PDP) had visited the Ikeja Secretariat of the “Lagos4Lagos Movement”, an aggrieved group within the Lagos APC, lobbying the group to move to the main opposition party last month.

Kazeem Bakare, the spokesperson for the aggrieved APC group, in a statement said the visit was in continuation of the PDP’s consultation with ‘prominent players to’ across Nigeria following the success of its recently held national convention.

The spokesperson said that Mr Dokpesi extended an invitation to the leader of Lagos4Lagos Movement, Olajide Adediran, (popularly known as Jandor), to join the PDP ahead of the 2023 elections.