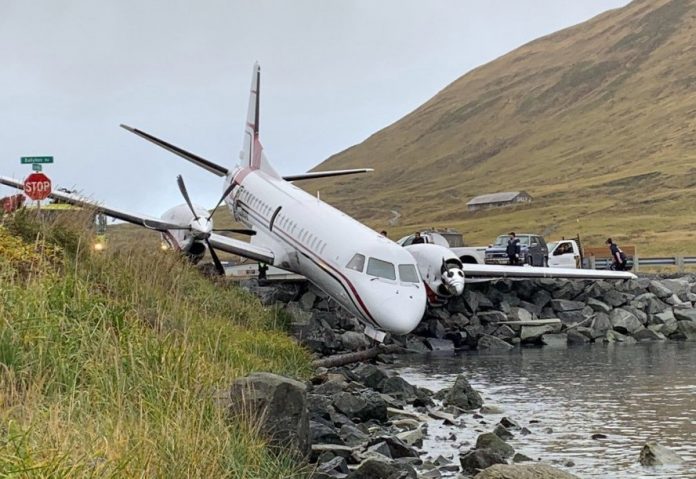 Two men have made a miraculous escape from a crashed plane after plummeting into the water off City Beach in Perth, just 10 kilometres from the CBD.

Police responded to a report of a small aircraft hitting the water shortly after 3.30pm on Saturday, local time.

Inspector Vic Hussey told reporters it had been airborne for about 20-30 minutes, having taken off from Jandakot Airport, when the pilot reported an engine problem.

“He’d flown north across the coast. He just said to me he was looking for a safe spot to land, and the safest spot he could work out was the ocean, so that’s where he landed,” Inspector Hussey said.

Onlookers swam out to help the pilot and his passenger, both of whom managed to exit the plane through its windows and made their way to shore, about 20 metres away.

Inspector Hussey said the two men were, incredibly, “all good”, and quipped that they “should go and buy a lottery ticket”.

“They’re OK. No injuries. All good. It’s a very lucky day for them today,” he said.