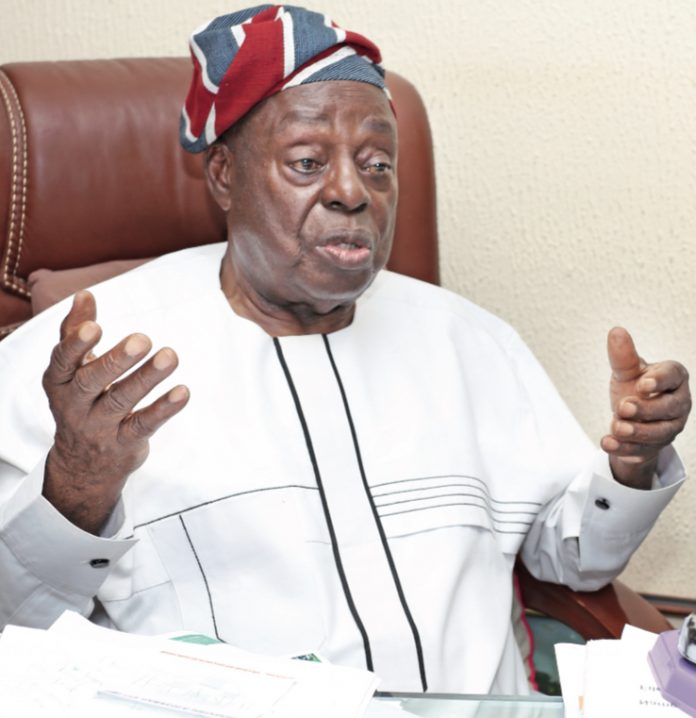 Legal luminary, Chief Afe Babalola (SAN), has said the 1999 constitution would not solve Nigeria’s problems, urging the National Assembly to find ways of reawakening and reenacting the 1963 Constitution.

The legal icon said the only constitution that could be worked on to make a difference remained the 1963 constitution.

He expressed doubts that amending the 1999 constitution as being contemplated by the national assembly would be adequate to fully address the nation’s problems.

In the alternative, the founder of Afe Babalola University, Ado Ekiti, suggested the convocation of a National Conference to accommodate all shades of opinions on how to move the country forward.

“Against the background of the massive demand by Nigerians at home and abroad for a true Federal constitution made by the people and for the people, the national assembly is calling for Public Hearing in the country’s six Geo-political Zones for people’s inputs on any issue of interest to enable it amend the 1999 constitution, but I have reservations on this”

To me, the proposed amendment to the 1999 constitution by the national assembly: whichever way you look at it, is a futile exercise.

“We all know that previous sessions of the National Assembly made laws to convene a national conference. I therefore advise that the current national assembly should call for a national conference to discuss and make a new, true Federal constitution which will provide for a Parliamentary system of government,” he said.

Continuing, the legal icon said: “It is common knowledge that the 1999 constitution was made by the military which in its wisdom, claimed that it was made by the people.

First, you cannot cure fraud. Second, it is impossible, by way of amendment, to take away the military system of government under the 1999 constitution or the power and control of public funds by the President.

According to him, the root cause of the nation’s current problems is the 1999 constitution, foisted on it by the military when it was exiting the reign of governance in 1999.

“It is a well-known fact that everything about the 1999 constitution is wound round the Presidential system of government,” he said.