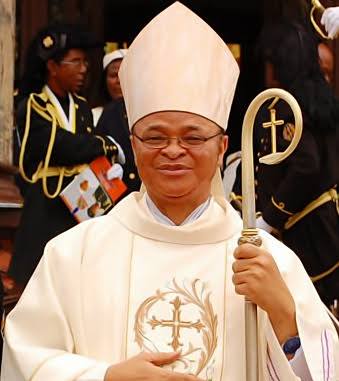 In a congratulatory message by his spokesman, Mr Femi Adesina, on Thursday in Abuja, the president rejoiced with the priest on the new assignment by the Catholic Pontiff, His Holiness, Pope Francis.

He urged for Ugorji’s full commitment and dedication to the call of duty, as he did previously serving as Catholic Bishop of Umuahia and former Apostolic Administrator of the Ahiara diocese.

Buhari noted the humility, charity and focus that the Archbishop of Owerri Archdiocese brings to every position, affirming that his choice to reflect Christ in selfless service to humanity had impacted greatly on the nation.

Share this on WhatsApp
Related Topics:appointmentArchbishop of OwerriBuharicongratulatesRt. Rev. Lucius Ugorji
Up Next