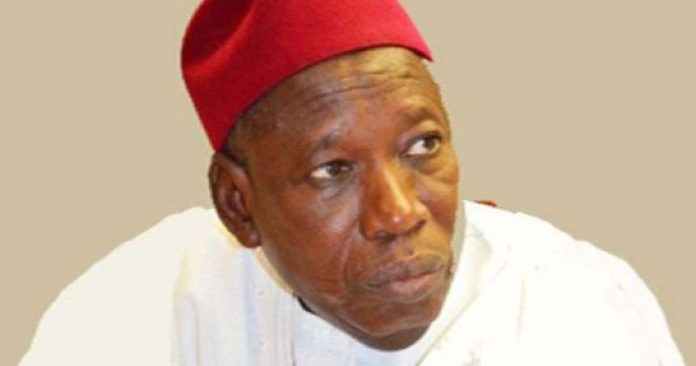 President Muhammadu Buhari, candidate of the All Progressives Congress (APC) in the 2019 general elections, the Town-hall Interactive Programme – The Candidates – in Abuja on Wednesday, defended Governor Abdulahi Umar Ganduje of Kano State over the $5 million bribery video that went viral on the social media across the world which investigations by the State House of Assembly were stalled and which the President or the Economic and Financial Crimes Commission (EFCC) ever consider necessary to investigate.
Speaking on anti-corruption war by the APC government, Buhari decline comments on the Ganduje bribe scandal or why the federal government took no action unlike other cases involving members of the opposition political parties, essentially, the PDP.
President Buhari, at a town hall appearance on Wednesday night, said that he cannot speak on the bribery allegations against Kano State Governor Abdullahi Ganduje.
The President said that Ganduje’s case has become a subject of judicial and legislative proceedings, and speaking about it on air could be subjudice.
President Buhari, however, remarked that he does not know whether the videos were manipulated.
The town-hall was moderated by Kadaria Ahmed, and broadcast live on NTA.
Governor Ganduje was captured receiving five million dollars in a series of videos published in 2018 by an online newspaper, Daily Nigerian.
Daily Nigerian, which published the videos, insisted that Ganduje was recorded by public works contractors, who had frequently complained about the governor’s penchant for bribe-taking.
The Kano Governor strongly denied all allegations of fraud, suggesting that the videos were ‘cloned’, a denial mocked across the country.
The publisher maintained that the videos were authentic.
Some supporters of the governor went to court to secure judicial injunction to stop the Kano State House of Assembly from continuing the investigation it had inauguration an adhoc committee to conduct on the matter.
President Buhari, however, at the presidential chat on Wednesday maintained that the decision of the House to investigate the scandal and the suit instituted “helped” him and had made it impossible for him to speak publicly about it.
“The State Assembly is investigating and they have the mandate to deal with it and they have also gone to court, so I decided not to talk about it,” Buhari declared.
President Buhari admitted he had seen the videos, but quipped, “Does Ganduje have to take the money himself, smiling?”
“The system has given me some relief, it is in the court and the Assembly,” Buhari reiterated.
The President, however, said he hoped to get a better understanding of the matter and possibly a conclusive response when he visits Kano to campaign in the coming days.
He said he hoped either the state assembly or the courts will take a decision on the case before he campaigns in the city.
The president had been asked if he would publicly identify with Ganduje despite the scandal.
“I hope by the time I go to Kano for my campaign there will be some answers from the court or the Assembly,” he said. 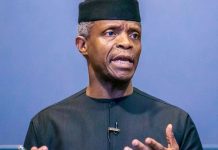