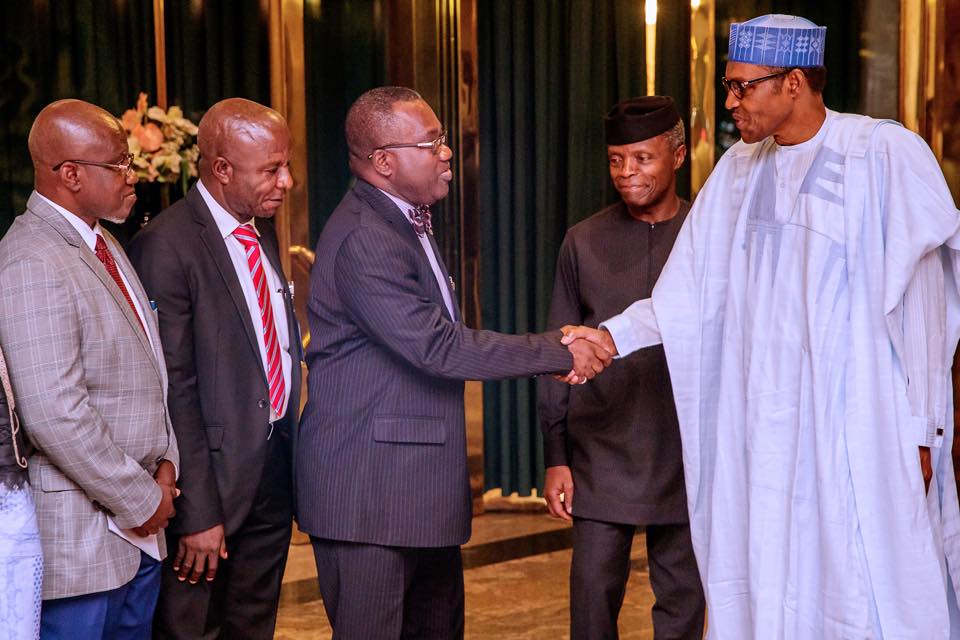 At the presentation of the Report of the Presidential Panel on SARS Reform, which was constituted as a result of public outcry and various media reports on allegations of human rights violations perpetrated by officers and men of the Special Anti-Robbery Squad (SARS), President Muhammadu Buhari acknowledged that reforming and repositioning the Nigeria Police to be more effective and efficient in safeguarding lives and properties, apprehending offenders and generally improving the internal security of the country in line with the laws and international best practices has been one of the major policies of this administration.

President Buhari stated: “in order to reposition the Nigeria Police Force to effectively carry out its statutory responsibilities, I have taken major steps by increasing the workforce of the Nigeria Police as well as improving the welfare of Police officers, because they put their lives on the front line on a daily basis so that the rest of us may freely go about our business in safety.” 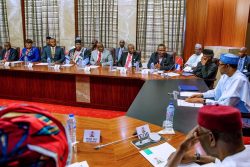 The president cautioned that, however, in carrying out their statutory responsibilities, the Police must at all times act within the ambit of the law and must not violate the fundamental human rights of Nigerians whom they have sworn to protect.

Buhari emphasised that where the rights of Nigerians are violated by Police Officers while discharging their functions, the Government has a responsibility to address the instances of violation in line with its human rights obligations and ensure that such Police Officers are held accountable for their actions.

President Buhari in a statement in Abuja on Monday declared: “It is in recognition of our obligations under the Constitution of the Federal Republic of Nigeria and International Human Rights Laws, that this Administration decided to set up this Presidential Panel and directed the National Human Rights Commission to constitute its membership in order to investigate the various public outcries and media reports, alleging human rights violations against citizens by officers of SARS. 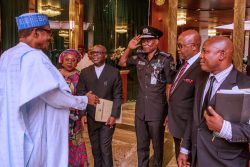 “The panel was empowered to make appropriate recommendations not just for holding Police Officers found wanting accountable, but also, on ways SARS and by extension, the Nigeria Police could be generally reformed.

“The decision directing the National Human Rights Commission to constitute the membership of the Panel and to take the lead in investigating the said allegations of human rights violation, was borne out of the mandate of the National Human Rights Commission which include the promotion, protection and enforcement of human rights in Nigeria as enshrined under sections 5 and 6 of the NHRC Act, 1995 (as amended).

“It is also in recognition of the fact that the decisions, determinations and recommendations of the Commission are binding and enforceable as provided under section 22 of the NHRC Act, 1995 (as amended).”

The president expressed happiness with the work of the Panel and thanked the Panel members for working hard towards the realization of the Presidential Directive.

He expressed that belief that the Report of the Panel and recommendations contained therein would go a long way in redressing the grievances of the complainants, ensure accountability on the part of the Police Officers in discharging their responsibilities and facilitate the various Police reforms being introduced by this administration.

President Buhari gave the assurance that  that this Administration will continue to fulfill its obligations of promoting and protecting human rights of Nigerians, and will give the National Human Rights Commission all the support required to ensure full implementation of the recommendations contained in its Report. 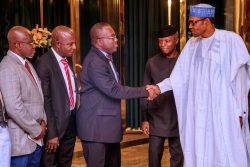 “In addition, we will strengthen the operations of the Commission to enhance its effectiveness and capability to resolve cases of human rights violations.

“This administration is conscious of the role the Commission plays in ensuring security and stability in the nation through the resolution of complaints of human rights violations, which if neglected, could result into major security challenges.

“As you are aware, I have recently approved the reconstitution of the Governing Council of the Commission. The names of the Council members will be submitted to the National Assembly for confirmation before the inauguration of the Council in line with NHRC Act, 1995 (as amended),” he added.

Buhari, thereafter, directed the Inspector General of Police and the Solicitor General of the Federation/Permanent Secretary, Federal Ministry of Justice to meet with the Commission to work out the modalities for the implementation of the Report within three months from today.