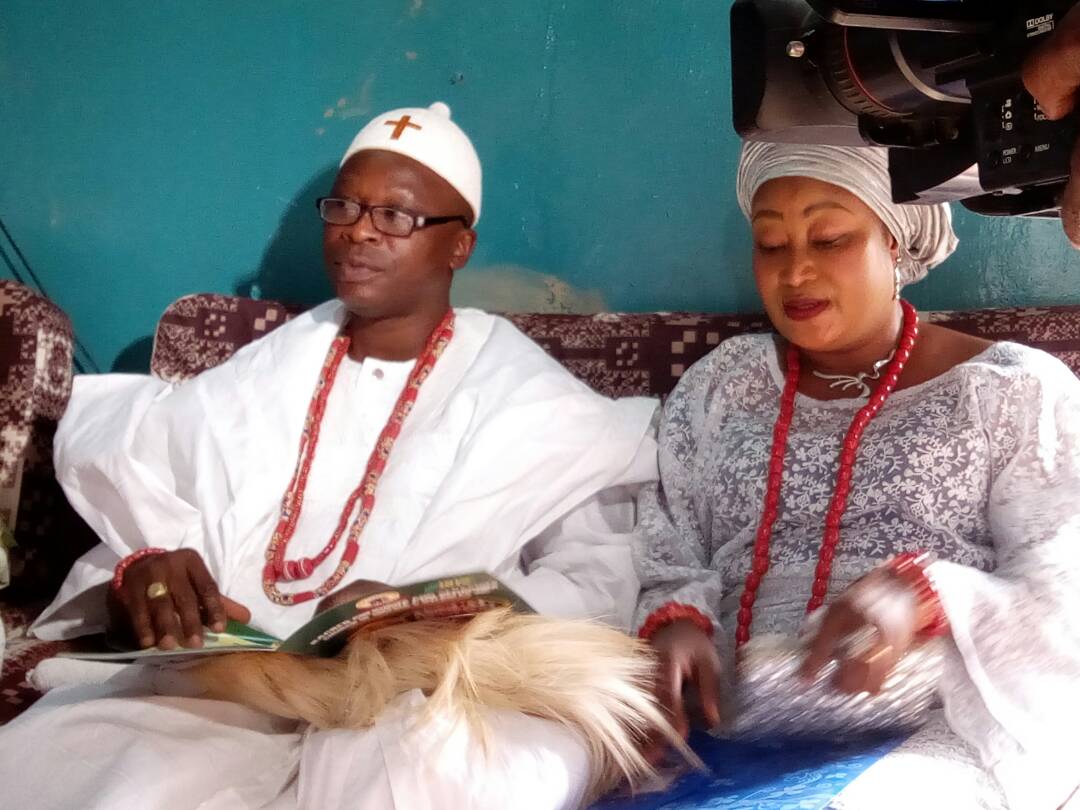 Professor John Akinola Akintola the paramount ruler of Apa Kingdom in Osun State, has frowned at the cattle colony proposed by Federal Government, citing it as a satanic oppression that Nigerians and Christians must rise against.

The Olumomi III,Alapaa of Apa Kingdom made known his take on the matter at the 88th Annual General Conference of the Sacred Cherubim and Seraphim Church of Nigeria and Overseas,theme:’We are Marching On’,held at the Oyo District of the Church.
He stated that it is inimical for the powers that be to compel traditional rulers to allot acres of land to Fulani herdsmen.
“The issue of colony being proposed by the Federal government, I am saying no to it, as a traditional ruler you cannot bring a Fulani man to my place and you ask me to give him or her 1000 acres of land, to do what?
“Do I have that opportunity in Sokoto? Nobody can use style to colonize us in the name of loving ourselves, we love them, Fayose said recently a poultry farmers is not being provided good thing by the federal government.
“You are a marketer you are not given money to get a shop for your trade neither,but  the traditional ruler should provide grazing land for the Fulani’s, it is not done, we are not in support.
The biology Professor of LAUTECH noted that Nigerians should resist the development.
“I call on every Nigerians and Christians that this is the time for us to rise and fight oppression being created by Satanic people”.
His Most Eminence Prophet (Dr.) Solomon Alao, The Baba Alakoso Implemented 1of Sacred C&S Church of Nigeria and Supreme Head, Cherubim and Seraphim Unification Church World Wide stated that the theme of the conference was apt .
“When you have a mission Satan will move to abort it, a particular individual in Abeokuta was against the progress of the Church now we are marching forward because Satan has failed, Satan is insignificant,we are to March fearlessly because Satan has failed.
According to the cleric,Christians  leaders should desist from wrestling for post.
“For Cherubim and Seraphim to grow they should forget about titles Baba Aladura,Primate,we are all co-workers in the vineyard,position will not take you to heaven.
“Let me tell you what pains my heart you cannot see a mosque with an Imam in charge, where some people will take him to court, that obtains in Christendom,not only Seraph they would wrestle for position as if their live depends on it”.
The cleric noted that 2018 will be progressive for all Cherubim and Seraphim Church  members worldwide,as not only the mortals that are seraphs even the immortals and host of heaven are part of us.
“Seraph is a special gift for Africans because if not for it, the world would have become idol worshipers, we expose the witches and wizards,we confront them.
Share this on WhatsApp
Related Topics:cattle colonyFulani herdsmenProfessor John Akinola Akintola
Up Next