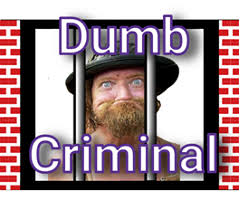 Share this on WhatsApp
Spread the love
A Chinese murder suspect has been apprehended after evading police for 12 years partly by pretending to be mute – leading to the genuine loss of his ability to speak .The man, identified by his surname Zeng, has been charged with murdering his wife’s uncle, identified as Mr Chai,in 2005, after a dispute over a 500 yuan (£57) rent payment.
The disagreement escalated, and Mr Zeng allegedly stabbed Mr Chai to death.
Zeng then went on the run from his home in Hangzhou in the eastern Zhejiang province.
He begged for money and went under the false name Wang Gui, all the time refraining from speaking, pretending he was unable to do so.
According to Chinese state media he later moved 700km north to a village in Anhui province.
He got a job in construction, meeting his second wife via an introduction from his boss, before fathering a child. All the time he kept schtum to maintain his deceit.
ALSO SEE: Africa’s universities are not future ready!
He was apprehended earlier this year, when police conducted household surveys in his village earlier this year, leading to officers discovering he lacked any official identification documents. Police took a blood sample and used his DNA to work out his true identity, before detaining him on the charge of murder.
According to police, Mr Zeng was unable to talk to officers because his many years of not using his vocal cords had led to them wasting away and becoming useless.
Instead of speaking, he communicated with his interrogators by writing notes to them. According to officers questioning him, when asked to explain why he pretended to be mute for so long he wrote: “The less I say, the less chance I’ll make a mistake.”
The maximum sentence for murder in China is the death penalty. The Chinese government does not release numbers regarding how many people are executed in the country each year, but human rights groups claim the figure is in the thousands.
The Telegraph
Share this on WhatsApp
Related Topics:Murder Case
Up Next