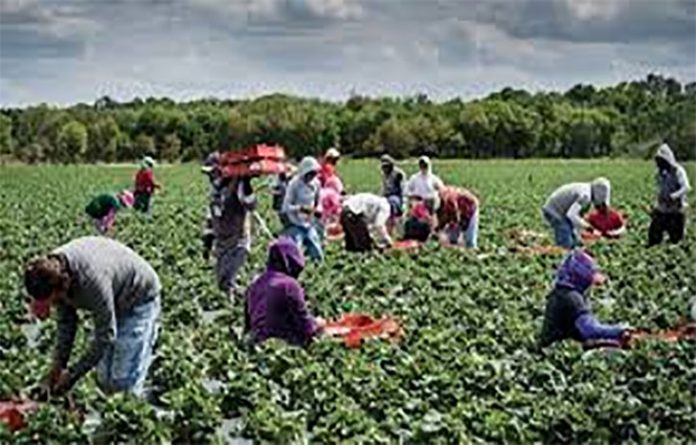 Two newspaper headlines triggered my curiosity on the much bandied success of the agricultural support initiatives of the monetary authorities in Nigeria. One is a recent (May 2022) headline that says: “Most farmers see agric loan as ‘national cake’, CBN laments”; the other one came out in December 2021, and said: “Anchor borrowers programme: farmers owe CBN N77Bn, says BOA”. According to the May 2022 report, the Central Bank of Nigeria (CBN) lamented that the majority of farmers who benefited from the Anchor Borrowers’ Programme (ABP) have not repaid the loans. A CBN Development Finance Officer Sadeeq Ajayi said this in Ibadan at an Agribusiness Innovation Clinic organized by the Global Alliance for Improved Nutrition (GAIN). In his address titled ‘Fostering Innovation and Collaboration Across the Agricultural Value Chain’ Ajayi said most of the beneficiaries see the loan as their share of national cake and appealed to farmers who defaulted in repaying the loans to pay back.

Ajayi said the inability of the apex bank to recover the loans from the defaulting farmers had threatened the scheme, adding that it had prevented other farmers from accessing the facility. “While the Anchor Borrowers’ Programme had recorded some level of success, the failure of farmers to repay the loans has, however, been a major setback. Many of the farmers refused to pay back their loans due to the misconception that since CBN is the lender, the loan is a ‘national cake’ and they do not have to pay back what they consider theirs as citizens,” Ajayi bemoaned.

As reported under the second headline in December 2021, Alwan Ali Hassan, acting managing director, Bank of Agriculture (BOA), said N77.18 billion loans collected by farmers under the Anchors Borrowers’ Programme (ABP) had not been repaid. Hassan disclosed this in Abuja at a public hearing by the house of Reps committee on agricultural production and services on the usage of funds disbursed to anchor companies under the ABP. He said that out of the total sum of N91.87 billion released by the CBN for the programme, only N14.68 billion was repaid. Hassan further lamented that the implementation of the scheme was fraught with serious challenges to the bank. “The commodity associations were allowed to migrate freely between PFIs without settling prior indebtedness. The bank raised observations that such actions will affect recovery commitment,” he said, adding that “insurance was not properly managed; in some cases, the premium was paid late and in some cases unpaid.”

The Anchor Borrowers Programme (ABP) is an agricultural loan scheme launched in 2015 by the federal government through the Central Bank of Nigeria (CBN). It was designed to boost agricultural yields, halt large volumes of food importation and address negative trade balance.Specifically, initiated on November 17, 2015, the ABP was aimed at creating a linkage between anchor companies involved in processing and smallholder farmers of key agricultural commodities. But the lamentation of Ajayi, the CBN’s Development Finance Officer and the shocking testimony of Hassan, the Chief Executive Officer (CEO) of the Bank of Agriculture (BOA) at the Federal House of Representatives’ Hearing, are lurid revelations that amply put a lie to the massive hype about the celebrated success of the ABP. From both accounts which show a loan recovery rate of about 15 per cent, the CBN and its allies must have indeed been ‘sharing’ money to whoever they labelled as farmer.

In hyping the success story of the APB scheme, trillions of Naira given out as loans and millions of people called the ‘beneficiaries’ are always pushed into the public space as ‘news’. Unsurprisingly, this hype was dutifully packaged as part of the report of the outcome of the deliberations of the monetary policy committee of the CBN meeting held on Tuesday, May 24, 2022. The head of the committee who also heads the apex bank said: “between April and May, the CBN released N57.91 billion under the Anchor Borrowers’ Programme to 185,972 new projects for the cultivation of rice, wheat, and maize. “This brings the cumulative disbursement under the programme to N1.01 trillion, disbursed to more than 4.2 million smallholder farmers cultivating 21 commodities across the country.”

The CBN boss continued: “we also disbursed N1.50 billion under the Accelerated Agriculture Development Scheme to a new youth-led project, piloted and funded through the Government of Ondo State. This is for the acquisition of assets for oil-palm cultivation and the establishment of poultry farms,” he said, adding that “this brings the total disbursement under the scheme to N21.23 billion for 10 state-led and three private sector-led projects.’’ In reality, as the CBN boss said, a whopping fifty-eight billion Naira was disbursed to 185,972 ‘new projects’ in less than two months under the ABP that has an abysmal loan recovery rate of about fifteen per cent. And so, the ‘national-cake sharing’ escapadecontinues!

This gives credence to the suspicion that trails this ‘national cake-sharing’ exercise that the ABP has remained. Muntari Dandutse, chairman of the House of Reps committee before whom the BOA boss and his team appeared had to remind Hassan (the BOA chief executive) that the public hearing they were holding was sequel to a motion to investigate the funds disbursed through the ABP.No wonder, the Chief Executive Officer of Green Sahara Farms, Suleiman Dikwa had observed thus: “juxtaposed with the resources deployed, we can’t say the Anchor Borrowers Programme (ABP) is a success. Maybe it worked in terms of injecting funds into the economy, but not agriculture, where you will find a very limited success.” Without a doubt, this view represents the position of most farmers and stakeholders in the agriculture sector, who have repeatedly faulted the Government’s initiative, and describedit as a failure.

Also trailing the ABP scheme has been relentless accusations and allegations that it is fraught with favouritism and nepotism—resulting in so much money getting into the hands of many who are not really farmers, or who do not meet the criteria for the ABP loans. This, in part, may have accounted for the very poor rate of loan recovery (15%) and lack of tangible impact on the food security situation of the country. In other words, despite the humongous sums said to have been pumped into the ABP, output of the commodities that are the foci of the scheme are yet to rise substantially to meet even local demands. Even local rice cultivation about which so much ‘noise’ and fanfare has been made, including the show of ‘rice pyramids’, prices of the commodity in the market still indicate so much shortage. So much smuggling (even importation) of the item is still going on via numerous channels.

Many importers and smugglers are still desperately employing all manner of tricks to keep bringing in ‘foreign’ rice into Nigeria, although it has been banned by the Government. Demand and taste for it is still very high among Nigerians—who also face acute shortage of the local brands and substitutes. Just during the week ended May 22, 2022, top officials of the Nigeria Customs Service were battling to unravel how containers of foreign rice landed at the Lagos seaports and found their ways into a warehouse in Lagos. This may seem an isolated incident but the reality is that the demand and supply interplay about rice in the market makes nonsense of any claim of so much availability of the commodity. And this serves as a strong handle to question the much-paraded success of the ABP in terms of massive local food production and export potential. Alas, it all looks like a bubble!

• Mr. Okeke, an economist, sustainability expert and business strategy consultant, is a columnist with National Daily.  He can be reached at: [email protected]
Share this on WhatsApp