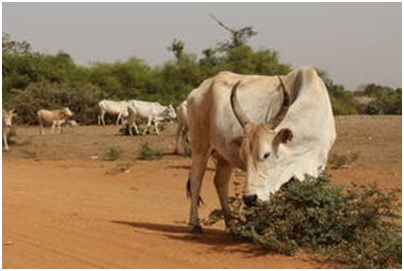 The Board Chairman of Boyalife Group, MrXuXiaochun has disclosed that Chinese scientists have signed a deal to establish commercial animal cloning centre, in the northern port city of Tianjin, which will be the largest in the world.Cloning is a laboratory manipulation and replication of a segment of DNA a group of organisms or cells of the same genetic constitution that are descended from a common ancestor by asexual reproduction. It is also  To make multiple identical copies of a DNA sequence; to establish and maintain pure lineages of a cell under laboratory conditions and to reproduce or propagate asexually.
Xiaochun, whose companies is one of those involved in the venture, further explained that the facility will clone animals including beef cattle, sniffer and pet dogs and racehorses, pointed out that, the facility will produce 100,000 cattle embryos a year initially and eventually increase to 1 million. He added that the cloning is necessitated because the Chinese farmers are struggling to produce enough beef cattle to meet market demand.
Prior to this new development, cloning in China had been limited to scientific research, which had been taking place in sheep, cattle and pigs since 2000.
Foot and Mouth disease which has been striking the cattle farms across the globe has hit some towns in Turkey and Morocco. The two Turkish outbreaks found in Bitlis and Amasya regions were 432 serotype A cases in cattle, with 34 deaths and leaving over 2500 animals susceptible.
The Turkish authorities said that they are suspecting that the infections came into the country via illegal movement of animals which would have contacted these diseases during grazing or watering. The authorities also looed the possibilities of fomites spread by humans, feed or vehicles. In response to the outbreaks 1249 cattle have been vaccinated in the two districts.
Reports also says that at the Centre region of Morocco, 30 cattle and 41 sheep have been destroyed due to the outbreak of the foot and mouth disease and 11 cases were detected on the farm. However, movement controls, quarantines and stamping out operations are being conducted in tandem with vaccination efforts in Morocco with nearly 40,000 cattle vaccinated.
Nigeria ready to partner with Irelandon livestock production
-As Ogbeh seeks World Bank support to expand GES.
The Minister of Agriculture and Rural Development, Mr Audu Ogbeh, said the ministry was opened to learning and exchange of ideas with her Irish counterpart to establish fodder centres across the country and reaffirmed that the ministry will embark on Artificial Insemination (AI) to boost livestock production in the country, while receiving a delegation of Irish Government officials on trade mission to Nigeria led by the Irish Minister of Agriculture, Marine and Defence, Mr Sean Coveney in Abuja yesterday.‎
‎Ogbeh who expressed the need to seriously embark on artificial insemination(this is the injection of semen into the vagina or uterus by means of a syringe or the like rather than by coitus and its abbreviation is AI or simply, it is the introduction of semen into the vagina or uterus without sexual contact)due to cattle breeding problems, reiterated that fodder centres will be created across the country also because cattle migration is causing a lot of problem in the country.
The minister also told his counterpart from Ireland that there is also urgent need to put up green areas because desertification is encroaching from the North at about 2km per annum.‎He, however,  assured the Irish delegation of Nigeria’s readiness to do business with their country , saying that there were areas both countries could benefit‎ from.‎
The Irish Minister of Agriculture,Marine and Defence, Mr Sean Coveney,speaking earlier described Nigeria as the most exciting country in the world in terms of growth in population and ‎agriculture.‎
Conveney who recalled that, 50 years ago, Ireland ‎could not feed itself, boasted that the country can now feed 10 times its population today.
The Ireland Minister of Agriculture pointed out that her country has more cattle than human beings and that, ‎the country is ready to share ‎‎her expertise with Nigeria to boost animal production in the country. He extended a hand of fellowship to the Nigeria officials of the Federal Ministry of Agriculture and Rural Development tocome understudy food system and livestock management in Ireland.
In the same vein, the Minister of Agriculture and Rural Development, Mr Audu Ogbeh solicits the support of the World Bank to expand the Growth Enhancement Support (GES) scheme‎ ( the GES scheme is a flagship programme‎ of the Federal Government through which registered farmers’ get farm inputs at subsidised rate),when he received a delegation from the‎ bank in Abuja‎.
Ogbeh,who also solicited the World Bank support in the development of livestock production and cashew plantation in the country, appreciated the numerous supports the ministry has enjoyed over the years from the World Bank platform and looked forward to more performance.
He who reiterated that the country let agriculture down for so many years when she discovered a new fortune in oil and gas which we did not manage very well, reaffirmed that as of today, the President of the Federal Republic has led the nation to get back to the drawing boards and get back to reality.
Ogbeh boasted that Nigeria is a strong nation in agriculture and leads in many crops; vis-à-vis palm, groundnut, cocoa, sesame seed and soya beans. He pledged that the ministry would do anything possible to get the youths attracted to agriculture to replace the ageing population of farmers in the country.
The World Bank Country Director, MrRechidBenmessaoud, earlier said the essence of the meeting was to reassure the ministry of the World Bank Group’s support for its activities.He, however, pledged the support of the bank for the ministry’s efforts to diversify revenue generation and make agriculture the mainstay of Nigeria’s economy.
The director said that the bank had a mandate to focus more on agriculture and power, noting that it was excited to work with the ministry.