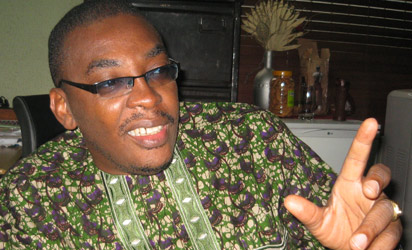 The Living Waters Unlimited Church (LWUC) last Sunday started a new parish in Lekki, Lagos to raise an army of professionals committed to fighting corruption to a standstill in the nation.

The general overseer of the church, Rev. Ladi Thompson, told the congregation that Christians have a responsibility to engineer change and social reformations in their communities.

He said the nation was approaching the crossroad, saying governmental efforts to save Nigeria will not do but the resolve of Christians committed to serving as change agents

Thompson, who runs the popular Macedonian Initiatives (MI) for persecuted Christians in the north, said what Nigeria needs is the Clapham model responsible for the abolition of slave trade in Great Britain.

The Clapham saints, a group of social reformers in the Church of England operated from a tiny community in London from 1790-1830 with William Wilberforce as the spearhead.

Thompson said: “You can just imagine what would have happened to Britain if the Clapham sect had not arisen to combat the corruption of human slave trade

“Today Nigeria is exactly at that same point and God directed us to start a parish in Lekki that would serve as a nesting and training ground for the Nigerian equivalents of William Wilberforce, Zachary Macauly, Fowell Buxton, Hannah Moore and other affluent families that chose to lift the banner of God’s word instead of joining in the extreme profits of the immoral human slave trade.”

Thompson said the parish christened Lekki Clapham is poised to have the same effect in the polity of the nation.

Dr Adejumobi Otekunrin, a Pastor in the church, lamented that the health sector has been crippled by lack of value for human lives.

He pointed out that it was callous and inhuman to still have laws that require medical workers to obtain police permit before treating gunshots victims.

Otekunrin said: “Even if they are criminals, humanity demands that they are saved first then brought to justice. But if we just leave them to die, it shows we are of the devil because Jesus saves, not kill.”

Tunji Osinulu, an associate Pastor and a real estate consultant who was instructed by God to return to Nigeria four years ago from the United States of America,  could not hide his disgust at the degeneration in the society and the seeming apathy of church goers to the gradual meltdown of society.

“The peculiar gospel of the kingdom of God preached by Jesus Christ is the only known solution to the type of darkness in Nigeria and it is only those who seek first the kingdom of God and its righteousness that can understand the first principles of the oracles of God,” he stated.

A past president of the Association of Advertising Agencies of Nigeria (AAAN), Deaconess Bunmi Oke, said women and children are the most affected by the corruption virus.

With tears welling from her eyes, Oke  noted that God would need to raise a people with renewed conscience for the nation to be reformed.

Prophet Yemi Adekunle, who has growing mission works in South Africa, said only the church has what it takes to change Nigeria.

“Nigeria will not be changed by politicians or activists. Only Christians can change this country. But we can only do that when we let go of our comfort zones,” Adekunle stated.

Thompson said the parish will be a breeding ground for training and equipment of thorough, sound Christian professionals committed to charting a better future for the nation.

He assured “few years from now many of those who receive their biblical spiritual education here will be in positions of authority in Nigeria.”

Share this on WhatsApp
Related Topics:Living Waters Unlimited Church (LWUC)
Up Next