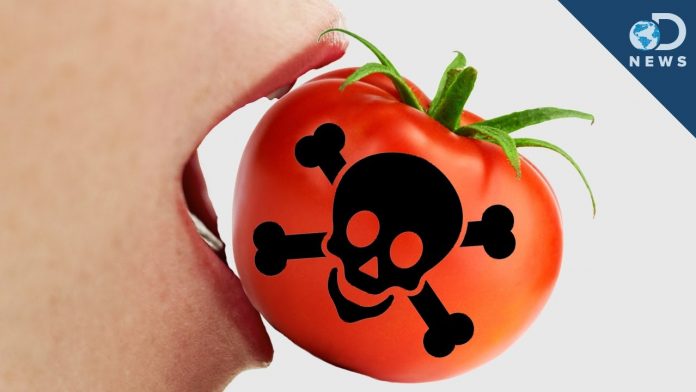 There are several foods we take regularly that we know contain some levels of toxins if not well prepared but we take precautions while eating them. There are other foods that contain toxins but some of us are not aware of them.

Apples can be very poisonous if wrongly consumed. The seeds and middle part of an apple are not safe to take since they have high levels of poisonous substances. If you take too many of them it may lead to poisoning your body.

Not all beans are dangerous. The Red Kidney beans if consumed the wrong way can be toxic to the body. The beans which are not cooked properly or the raw ones have toxic substances which are deactivated by prolonged boiling.

Irish potatoes are highly consumed in many countries. The food is usually safe to eat except when taking Irish potatoes which have turned green in color. These ones have high levels of toxins that can poison the body if eaten in huge amounts.

The fish is usually safe to consume but when left to ferment as is done in Egypt to make some types of food, they can produce dangerous toxic substances.

Tomatoes are used as an ingredient for making many foods. Ripe tomatoes cannot cause any trouble but eating a lot of green tomatoes can be toxic to your body because they contain a toxic substance which breaks down when they ripe.