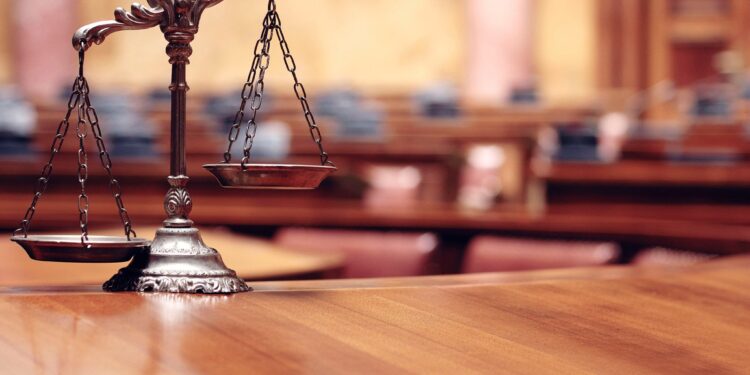 Court adjourns suit against man, 2 others charged with ”supplying” women to bandits
Share this on WhatsApp
Spread the love

Justice Kabir Dabo of High Court in Zaria, Kaduna State adjourned until Nov. 9 hearing in a suit filed against Muslim Abubakar and four others, charged with supplying woman to bandits for sexual pleasures.

The police charged Abubakar, his girl friend, Fatima Jibril and Maryam Abubakar, a housewife with criminal conspiracy, aiding and abetting kidnapping and attempt to commit kidnapping contrary to sections 59, 248 (1) and 247 (1) of the Penal Code.

At resumed hearing of the case, Prosecution Counsel , Ms Lois-Diana Mamman said the case had been slated for hearing, however, the prosecution was not ready to go on with the case.

Mamman applied for adjournment to enable the prosecution produce its witnesses.

Mr Kamaludden Umar, counsel for the defendants opposed the application for adjournment.

Umar urged the court to put it on record that several adjournments had been at the instance of the prosecution.

He begged the court to discharge the defendants or in alternative admits them to bail.

In his ruling, Justice Dabo refused the application to discharge the defendants.

Justice Dabo said that the defendant would be granted bail in the event the prosecution fails to present its witnesses.

According to the First Information Report (FIR) earlier filed at the Chief Magistrate Court Zaria the suspects were arrested on Dec. 21, 2021.

The prosecution alleged that Abubakar confessed that she had been ”supplying” women, including her own daughters and nieces, to the bandits for sexual pleasures.

Abubakar said her clients paid N20,000 and that the women were being ferried to the forest on motorbikes.

Another woman, Jummai Ibrahim, was arrested on the suspicion that she had been engaging in an affair with the bandits’ kingpin in the forest.

The syndicate was exposed when the girls they had earlier procured from the criminals in the forest did not return.

Share this on WhatsApp
Related Topics:adjournmentbanditsCourtsuit”supplying” women
Up Next