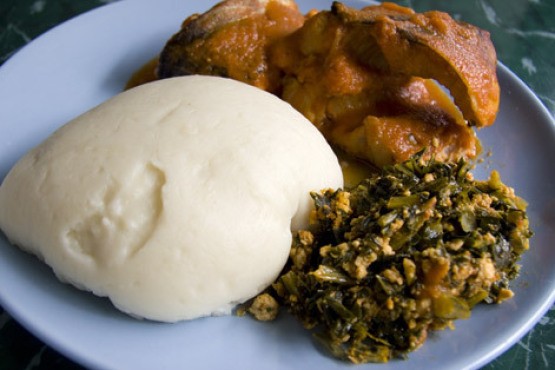 Share this on WhatsApp
Spread the love
Two brothers were on Thursday sent to prison detention for stealing pounded cassava (popularly called fufu), drinks, and some loaves of bread.
Ordering their remanding in prisons by an Ikorodu Magistrate Court in Lagos state, the Magistrate, Mr O.O Olatunji, said they must be kept at the prison facility for 30 days pending the outcome of advice from the Director of Public Prosecutions (DPP).
The brothers, Augustine Uwaifo, 30, and his younger brother, Philip Uwaifo,29, lives at Odonguyan Community in Ikorodu, pleaded not guilty to a two-count charge of conspiracy and stealing preferred against them.
The Prosecutor, Sgt. Bosede Adegeshin, said the brothers committed the offences on June 29 at 10:00 p.m. at some shops located far away from their home.
“The accused armed themselves with a cutlass and an axe to dispossess traders of their goods at their shops located at New Industrial Road, Losi Community in Odongunyan.
ALSO SEE: 7 Badoo boys dragged to court
National Daily learnt that they robbed one Mrs Vivian John of loaves of bread and some packs of soft and alcoholic drinks worth N10, 000.
“In that same area on the same date, the duo also robbed Rose Breff of N3, 000 worth of pounded cassava (fufu).
“The accused thought they had succeeded in the operation but people in the community apprehended them,’’ she said.
Adegeshin said the offences contravened Sections 285 and 299(b) of the Criminal Code, Laws of Lagos State, 2015.
It was gathered that the offence is contrary to Section 285 which prescribes a three-year prison term for convicted offender.
Share this on WhatsApp
Related Topics:Director of Public Prosecutions (DPP)drinksfufuIkorodu Magistrate Courtloaves of breadprison detention
Up Next