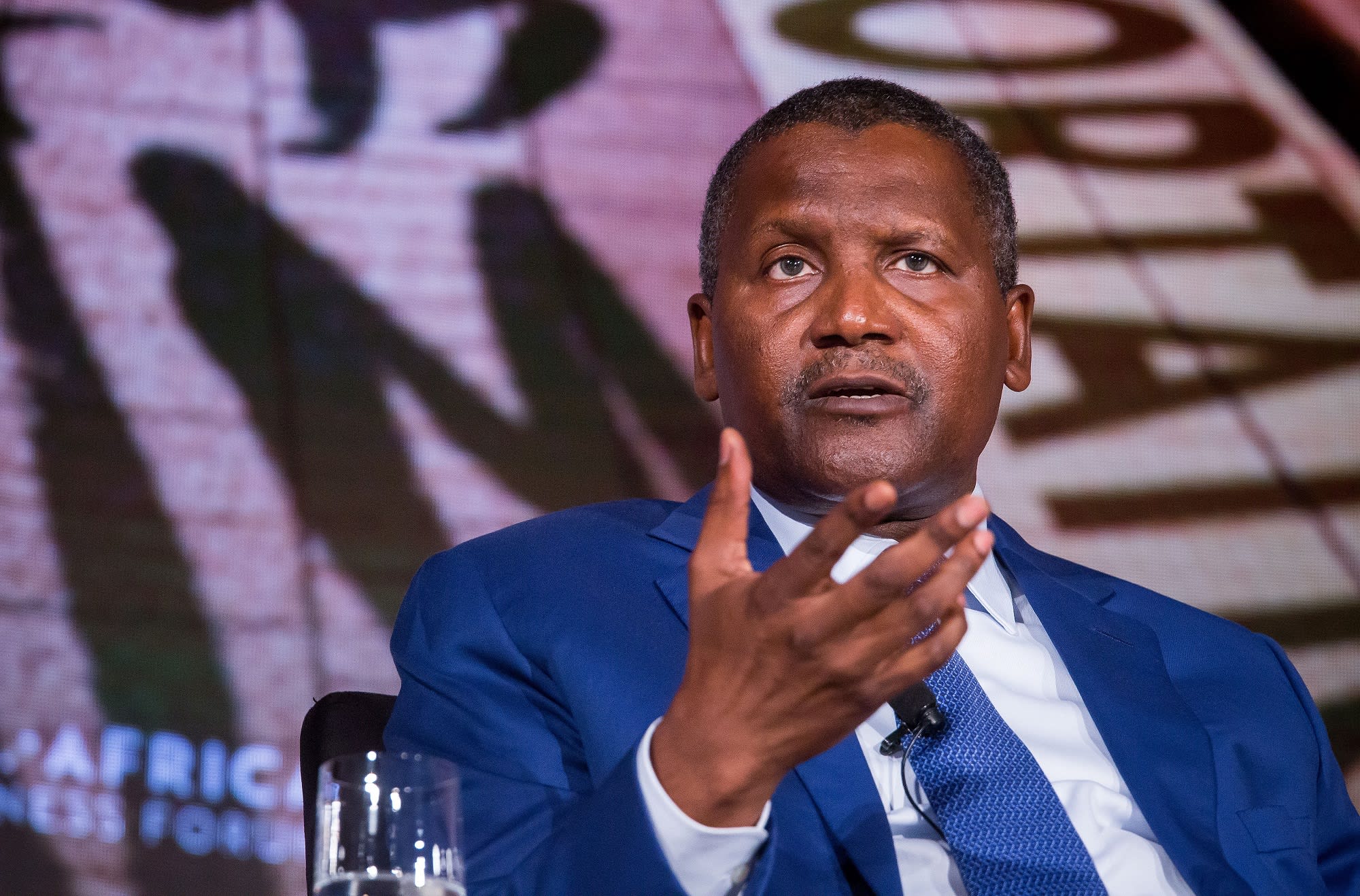 The Kogi Government on Tues said the suits filed by Dangote group before a Federal High Court (FHC), Abuja are incompetent and amount to forum shopping.

In the applications marked FHC/ABJ/CS/1876/2022 and FHC/ABJ/CS/1877/2022 dated Nov 8 and filed Nov. 18, the state government sought the order of the court, striking out the suits “for want of jurisdiction and/or compsience.”

The News Agency of Nigeria reports that Justice Nyako had, on Oct 26, made an interim order restraining the Kogi government from shutting down Dangote Cement PLC at Obajana in the state pending the hearing and determination of the substantive suits.

The judge had given the interim order following two separate ex-parte motions moved by counsel for the companies, Regina Okotie-Eboh, but filed by Rickey Tarfa, SAN.

NAN reports that the Kogi government and Dangote group recently locked horns over the ownership of Obajana cement factory.

The state government had, on Oct. 13, given the cement factory at Obajana 48 hours to shut down in honour of the Kogi House of Assembly which ordered the company to sealed until the conglomerate furnishes it with the requisite documents demanded by the state legislature.

But the companies, in the first motion ex-parte marked: FHC/ABJ/CS/1876/22, had sued the Kogi House of Assembly, Attorney-General and Commissioner for Justice, Federal Ministry of Mines and Steel Development and Mining Cadastre Office as 1st to 4th defendants respectively.

In the second motion marked: FHC/ABJ/CS/1877/22, all the defendants in the first application, except Corporate Affairs Commission (CAC), were listed as defendants.

But in the preliminary objections, the Kogi government challenged the jurisdiction of the court to hear the suits which it described as “incompetent.”

In a 14 ground-argument brought before the court by counsel to the state government, Mr Muhammed, the state said that the plaintiffs had instituted similar suit at a Lokoja division of the FHC.

Muhammed said that the plaintiffs, in a suit number: FHC/LKJ/CS/49/2022, had sued the Kogi House of Assembly seeking the determination of the exact question in the current suit.

The senior lawyer told Justice Nyako that they, however, quickly withdrew the suit when the Lokoja court refused to grant their ex-parte application for interim injunction.

“The plaintiffs have now filed the suit before this honourable court with the intention of obtaining a favourable outcome in the suit.

“The filling of the instant suit before this honourable court is forum shopping, that ought to be discouraged and condemned,” Muhammed argued

He said premised on the above, the plaintiffs’ suits are incompetent and cannot be entertained by the curt.

The lawyer said the plaintiffs, by the amended originating summons, challenged the power of the state assembly to investigate the loss of revenue internally generated in the state.

He said they also challenged its authority to issue a resolution to suspend, disrupt or in any manner stop or shut down the mining operations of the plaintiffs or any of their subsidiary companies.

He said that the shares which the state legislature is investigating belonged to the people of Kogi.

Muhammed, who said that the state assembly and the office of the attorney general were not Federal Government’s agencies, stated that the power of the state’s lawmakers “is not within the province of Section 251(p) (gq) and (r) of the 1999 Constitution (as amended).”

When the matter came up on Monday, counsel to the companies, Olusegun Jolaawo, SAN, said the matter was adjourned for mention.

He said he was in receipt of counter affidavits and preliminary objections of the 1st and 2nd defendants and that he planned to respond to the applications before the next adjourned date.

Jalaawo therefore sought to amend the name of the 3rd defendant (Minister, Federal Ministry of Mines and Steel Development) and the judge granted the prayer after the defence lawyers did not oppose the request.

The court also granted the state government lawyer, Michael Adoyi, to deem all their processes to have been properly filed.

But Jolaawo, in apprehension that the state might shut down the companies before the next adjourned date, urged the court to compel Adoyi to undertake that the status quo would be maintianed until the case is determined by the court.

Responding, Adoyi said contrary to Jolaawo’s submission, the companies, including the Obajana cement, had been operating seamlessly.

The lawyer, who described Kogi as a law-abiding state, said the state government is bound by the rule of law.

“They cannot do anything, the matter is sub judice,” the judge said.

Nyako, who said though the case was nit a pre-election matter, assured that it would be given accelerated hearing.

She directed parties to regularise their processes before the next date, including the 3rd defendant’s lawyer, Abdulhamid Ibrahim, who pleaded for more time to file his application

The judge, who adjourned the matter until Jan. 23 for hearing, said all applications, including the state’s preliminary objection, would be taken.

She said if the objection succeeded, the matter would be dismissed.