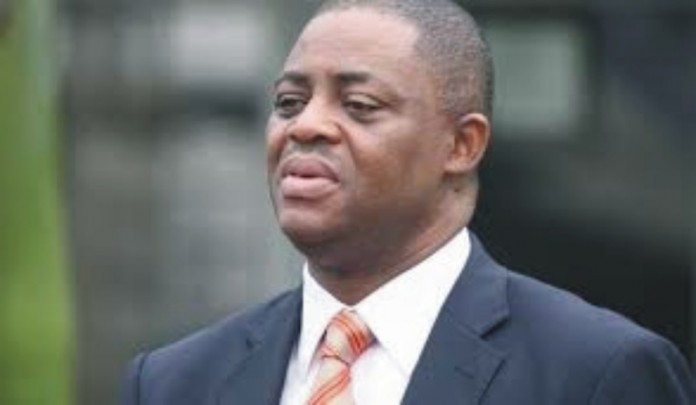 Femi Fani-Kayode is spending his second day in the EFCC cage after showing up Monday at the EFCC Abuja office to answer questions on his complicity in the $2.1 billion ex-NSA Sambo Dasuki squandered on former President Goodluck Jonathan re-election campaign last year.

But the former aviation minister, who was the PDP Campaign Organisation media handler, is being confronted with a raft of allegation beyond the N840 million he took from the campaign finance director Esther Usman Nenadi.

According to Sahara Reporters, Fani-Kayode has two more sleaze allegations to clear, all the three toting up to N1.7 billion. “He will be in our custody for a few more days because we have multiple fraud charges against him,” a confidential source disclosed to Sahara Reporters Monday.

While the interrogation lasted the first day, Fani-Kayode was able to tweet an Evangelical chorus: “Who Can Battle with the Lord”. He has always boasted of his born-again Christian identity in all the critical pieces he publishes.

As one of the mouthy critics of President Muhammadu Buhari, the PDP party man is quick to colour almost everything the government does against the PDP with persecution.

Many of the suspects in connection with the campaign funds have been interrogated. Nenadi returned N23 million and forfeited two houses in Abuja to the EFCC, while former Gov. Achike Udenwa promised to return his N350 million share of the fund.