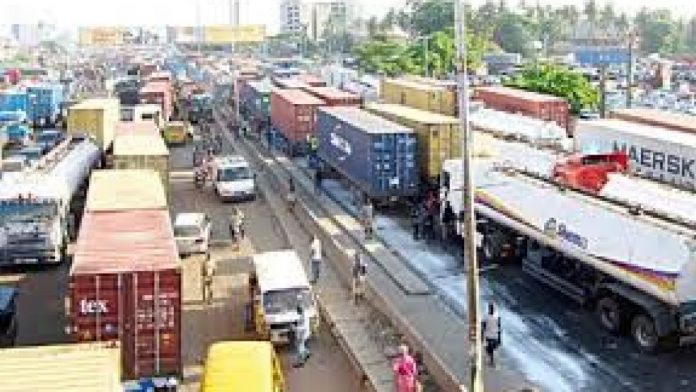 The Presidential Task Team (PTT) on the Restoration of Law and Order in Apapa has called on the federal government to declare a national emergency on empty containers handling at the Lagos ports with 30 to 60 days moratorium to ease the empty container return pressure.

The PTT, supervised by Vice President Yemi Osinbajo,has proposed termination of demurrage on empty containers at the point the truck carrying the container is registered at the park.

The position of the PTT, set up by the Muhammadu Buhari administration in May, 2019 to return sanity to the Lagos ports, port access roads and the Apapa environs, was made known in a paper presented at a meeting with the vice president at the Villa by Kayode Opeifa, executive vice chairman of the task team.

Also present at the meeting were representatives of the ministries of transport, works and housing, the Inspector General of Police, NPA, the task force, the Nigeria Customs Service and terminal operators. The media were asked to leave just before the session commenced.

Opeifa, a former commissioner of transportation in Lagos State, also alleged that corruption was fighting back at his efforts, and specifically called for the investigation of RemiOdugbemi, chairman of the Association of Maritime Truck Owners (AMATO) who he alleged was fronting for interests that were hitherto, benefitting from the chaotic traffic situation on Apapa axis.

Opeifa further indicted officers of the Nigerian Ports Authority, the Nigeria Customs Service and license clearing agents and other port stakeholders whom he claimed deliberately made his job difficult.

On the implementation of a workable empty container return and export container truck handling policy, Opeifa said the PTT worked with NPA to review and streamline the document with existing realities and global best practices, hinting that his team now await NPA management’s approval and release of the reviewed document for deployment as this is basically a port operation, but with national interest.

He said, “In fact, it is one of the main issues at the heart of the current situation. The directive of the vice president on June 11, 2019 for the managing director of NPA, executive secretary of the Nigeria Shippers Council, and the executive vice chairman, PTT meet to further advise government is still pending.

“Answers to the questions and the government position will be critical in concluding the Empty Container Return Handling Policy as the rush to return empty containers are tied to the restriction of grey areas around the questions.

“Currently, the importer is bearing the demurrage until empty container is returned at the port. He also pays all handling charges while the shipping companies do little. We propose termination of demurrage as soon as the empty container carrying truck is registered at either Lilypond or Norminated Truck Park or the shipping company’s holding bay as supposed in addition to the declaration of National Emergency with 30 to 60 days moratorium to ease the empty container return pressure,”Opeifa said in his report to the vice president.

He said the task team observed the existence of interested parties entrenched in the day to day activities of the port and benefiting from the ugly congestion activities of the past in disguise as port stakeholders in form of unions, CSOs, associations and critical stakeholders with comparative advantage over others, working against the resolution of Apapa gridlocks.

“Prominent among these individuals is one Chief RemiOdugbemi, president of AMATO whom we believe fronts for some of these corruption fight backs before NPA, Customs and other government agencies. His activities need to be investigated,” the PTT boss said.

While calling the presidency, the Lagos State government, and the police to “swiftly move in to sustain the gains of the Presidential Task Team,” Opeifapleaded that the NPA should be “prevailed upon to allow the working system put in place (by his team) to continue.”

“We also call on the presidency to review items listed on the National Emergency as it relates to: demurrage and port rent fees on container returns and cargo for pick up respectively; audit of the operation of terminal operators; activities of shipping lines with regards to refusal to accept container return best practices and demurrage charges; customs inspection and the use of scanners;  general port haulage and logistics minimum standards; and port activities regulations and regulator,” he said.