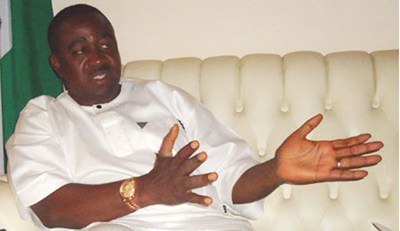 The Federal High Court, Abuja, on Tuesday, adjourned the fraud trial of a former Governor of Benue State, Gabriel Suswam, till November 25 and 26.

Justice Okon Abang adjourned the matter after the cross-examination of the Economic and Financial Crimes Commission (EFCC)’s first prosecution witness, Mrs. Clara-Whyte Mshelia, by counsel to both parties.

Msheila is the Managing Director of Elixir Investment Partners, the firm managing Benue State’s shares on behalf of the state.

“Thank you very much. You are hereby discharged from the witness box,” the judge told the witness.

Suswam and his former Commissioner for Finance, Omadachi Oklobia, were arraigned by the EFCC for laundering N3.1 billion belonging to the state government.

The duo, according to the Commission, diverted the funds which were part of the proceeds of the sale of Benue State shares in a company.

Justice Abang had on Monday adjourned the matter till Tuesday to enable the prosecution witness to continue her testimony.