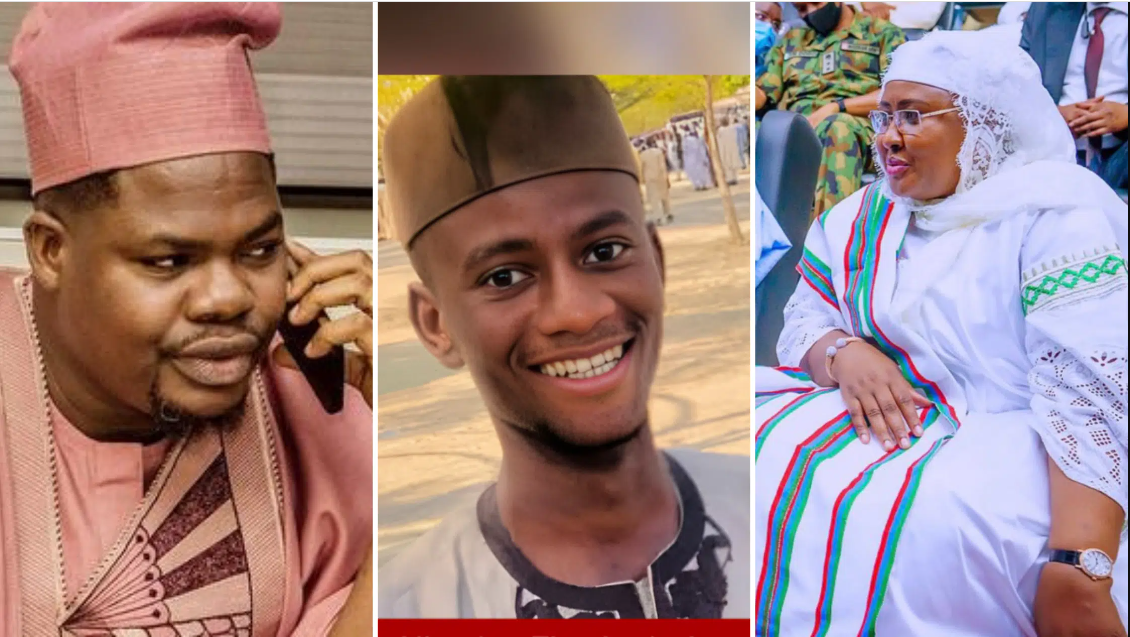 Nigerian comedian and actor, Debo Adedayo who is better known as Mr. Macaroni, has in an ‘open letter’ asked President Muhammadu Buhari’s wife, Aisha Buhari, to release a 23-year-old student of the Federal University, Dutse, Jigawa, Aminu Adamu, from detention.

The scholar, Adamu in June 2022, via his Twitter handle, accused the First Lady of feeding on the masses’ money.

The student’s tweet was, however, reportedly considered defamatory against the First Lady and he was apprehended by the Department of State Services (DSS) within his campus on November 8 and was only allowed to speak to his father, Shalele Azare Adamu.

Macaroni, an outspoken advocate for justice joined a host of other Nigerians and organisations in reacting to the detention of the student, Mr Macaroni on Tuesday morning said the first lady was not above the law and that if she has any grievance she should approach the court.

READ ALSO: Mr. Macaroni alleges that a serving minister and a SAN is peddling fake news

The comedian recalled that former President Goodluck Jonathan and his wife, Patience Jonathan, suffered a series of insults and mockery, yet they didn’t get anyone arrested in such a manner.

Mr. Macaroni had this to say: “Madam First Lady, you are not God!!! If you have any grievance whatsoever, go to court!!! You are not bigger than the Citizens of Nigeria, neither are you bigger than the Law. You should use your power to serve the people, not oppress them. Free Aminu.

“President Goodluck Jonathan and his Wife suffered so much insults. Even from people who are in this present Government.

“APC trolls curse and insult some of us here every day. We dey chest am. The ones we can’t chest, we go to court! Madam First Lady, stop abusing power!!!

“I can speak so much about issues like this because I have been a victim of oppression and brutality and I know how horrible the experience is!!! If you are being held by security agents with backing from Political figures, they will do the unthinkable!! Dem go lick you finish.”