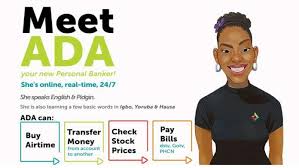 Share this on WhatsApp
Spread the love
Nigerian banks seem to have turned their focus to artificial intelligence, as tier two lender Diamond bank has launched its own chatbot, christened ADA.
Recall that UBA Plc had in January this year launched a chatbot called Leo across several social media platforms.
According to Diamond Bank, in addition to basic transactions such as checking the balance and transferring funds between Diamond bank accounts, one can also check stock prices, request for loans, and pay utility bills with the help of  ADA.
Banks are increasingly trying to reach the younger generation of consumers who have an aversion to visiting physical branches and spend a lot of time on social media. This also results in cost savings for the bank. Diamond had recently sold off some non-essential assets in order to boost its capital base.
Group Chief Executive Officer Uzoma Dozie had also stated that the bank would shift its focus to retail lending. The renewed emphasis on social media could just be a way of capturing that audience.
Results for the 9 months ended September 2017 show interest income increased from N107 billion in 2016 to N130 billion in 2017. Profit before tax also increased from N3.8 billion in 2016 to N6.6 billion in 2017
Diamond Bank closed at N1.92 in today’s trading session on the Nigerian Stock Exchange, down 4.95%. Year to date the stock is up however by 28%.
Share this on WhatsApp
Related Topics:chatbotDiamond Bank
Up Next