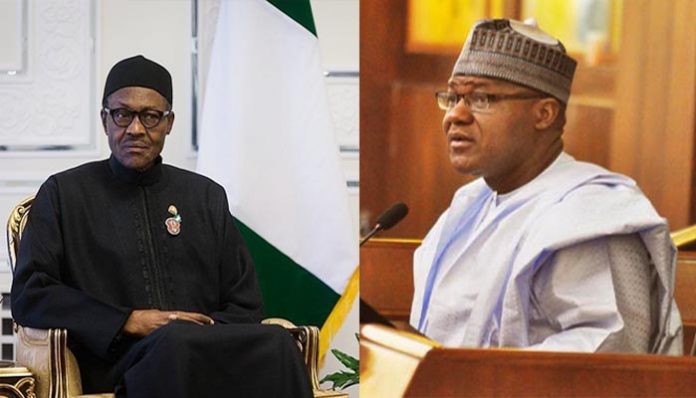 Former Speaker Yakubu Dogara has revealed why he left his state’s ruling PDP less than two years after he hopped in there.
And his reason is not unconnected with Bauchi Gov Mohammed Bala, especially his inability to answer some posers the Bauchi rep posed.
Nigerians might think otherwise, though.

Also Read: Hushpuppi already confessing to FBI as APC calls for probe of Atiku, Saraki, Dogara, others who allegedly met the criminal before 2019 election
Governors are about the most powerful politicians in Nigeria. They deserve loyalty from their federal lawmakers, and failure to get usually snowballs into war—of attrition.
But Dogara, being a former No. 4 citizen and one of those who helped Bala to power, stooping to his governor will a no.
However, in a letter of resignation addressed to the Bogoro ‘C’ Ward Chairman of the PDP, Dogara said that he was torn between loyalty to the PDP and responsibility, considering the looting going on under Bala.
In the letter, Dogara asked:
a. What has happened to LGA allocations since May 2019?
b. What happened to our campaign promise to conduct LGA elections within six months of the PDP government?
c. What happened to the N4.6 billion loan taken from a bank and paid directly into a private company’s account?
d. Why are we segmenting salaries and why is payment of salaries of state workers outsourced to a private firm as consultants?
e. Why are contracts inflated, awarded and payment of mobilisation done in violation of extant rules on procurement?
f. Why are our highly revered Traditional Rulers and Elders treated with odium contrary to the guarantee we gave during the campaign that such will not happen under a PDP government?
“Mr. Chairman, you will agree with me that I cannot raise these issues and many more questions without a charge of disloyalty leveled against me if I were to remain a member of the PDP,” he added.
This is the sixth time Dogara will make a crow-fly between the PDP and the APC in about six years.