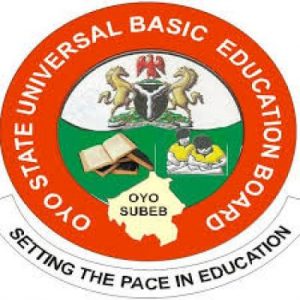 Adeniran, on a live programme of the State’s Broadcasting station on Friday, said with a budget of N58.2 billion, the state government had recorded an unprecedented affection for education.

He said that Makinde had maintained an unbroken record of allocating huge funds for the overhaul of the sector, especially the basic education sub-sector under his supervision.

“Gov. Makinde’s record of allocating funds for education conforms to UNESCO standards of 15 to 20 per cent of the budget.

“In fact, this time, education is 18.78 per cent of the total budget proposal,” Adeniran said.

He, also lauded the Seyi Makinde-led administration, which had consistently maintained an 18 to 22 per cent budgetary allocation.

Adeniran said that this had helped the state in regular payment of the Universal Basic Education Commission (UBEC) counterpart funding and received matching grants, “enabling us to execute numerous projects in the education sector”.

“Oyo State Universal Basic Education Board has so far completed over 56 model schools constructed and renovated over 700 classroom blocks across Oyo State among other projects,” he said.

The chairman, therefore, appealed to residents of the state to re-elect Makinde for a second term, saying that his efforts to make the state better could be further actualised with continuity.

Share this on WhatsApp
Related Topics:2nd largest allocationBudgetEducationOyo 2023
Up Next

Half a million UK workers drop out of workforce