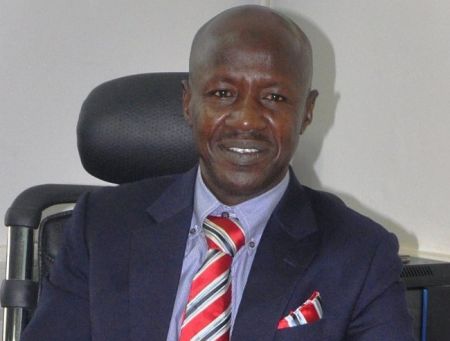 The Economic and Financial Crimes Commission (EFCC) has urged on members of the Senate Committee on Anti-Corruption and Economic Crimes to enact a law on time frame for the determination of corruption cases.

Mr Ibrahim Magu, the Acting EFCC Chairman, made the call in Abuja on Thursday when he hosted members of the committee during their oversight visit to the commission.

He said that the commission’s cases had over the years lingered too long in courts, adding that the call was imperative to ensure speedy determination of the cases.

“I want the committee to assist us in fast-tracking our cases in courts because some of the cases had dragged for so long due to no fault of ours.

“It may not be out of place if the committee looks at the possibility of adopting some provision of the Electoral Act to corruption cases.

“These provisions provide for time frame for the determination of electoral cases and if adopted, I believe it will speed up adjudication of corruption cases in courts.”

He also identified inadequate office accommodation as a major challenge confronting the commission since its establishment 12 years ago.

“We have accommodation constraint; we operate from rented apartment scattered around Abuja.

“Without belabouring this fact, I wish to call on the committee to use its good offices to fast-track the completion of the commission’s head office project.”

Magu said the commission was rapidly expanding its operations by opening more offices, adding that more pressure would be mounted on the limited facilities available.

Earlier, Mr Chukwuka Utazi, the Chairman of the committee pledged to support the commission through legislation, to ensure efficient operation.

He said the legislative agenda of the 8th Senate was geared towards collaborating with the executive arm of government to move the country forward.

Utazi said part of the agenda was to fight corruption and that the visit was to identify areas of support, to ensure smooth running of the EFCC in the fight against corruption.

He noted that the EFCC is an important office in the fight against corruption since it represents the executive arm of government in the anti-corruption war.

Utazi said the visit was not to witch-hunt anybody but to establish a synergy that would enhance the activities of the commission in the fight against corruption.