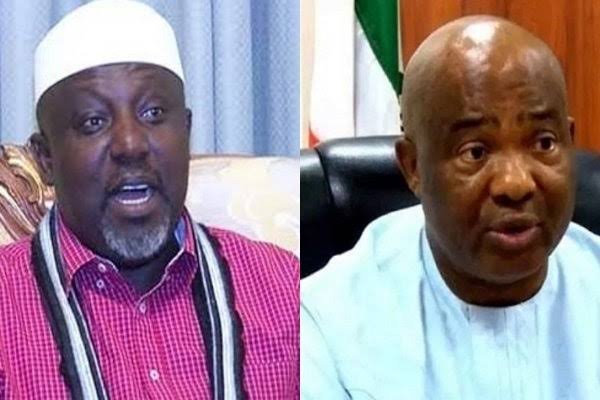 The Economic and Financial Crimes Commission (EFCC) may have compounded the woes of the Senator Rochas Okorocha, representing Imo West in the National Assembly, with the  arrest of the former Governor of Imo State on Tuesday who have been engaged in a running battle with ‘Governor’ Hope Uzodinma. His successor. Some stakeholders reacting to the arrest expressed concerns that while the EFCC may have substantive case against Okorocha, Uzodinma may be using the federal might facilitated by his easy access to the president, to increase Okorocha’s many troubles.

The Imo ‘governor’ had ordered the sealing of a property linked to the senator, which the former governor in a show of counter-power, forcefully gained access. Senator Okorocha was later arrested by the Imo Police Command on the order of the ‘governor’ for trespassing.

Meanwhile, the EFCC media manager, Wilson Uwujaren, had explained that Senator Okorocha was arrested at his private office in Garki, Abuja, after he ignored several invitations by the commission.

The former Imo governor was detained on Tuesday for interrogation by EFCC on corruption allegations in the eight years leadership of the state.

The rift between Okorocha and Uzodinma had infiltrated the security lapses in Imo State after gunmen attacked the Imo Police Command headquarters and the prisons in Owerri last week. ‘Governor’ Uzodinma had attributed the attacks to aggrieved politicians in the state without investigation.