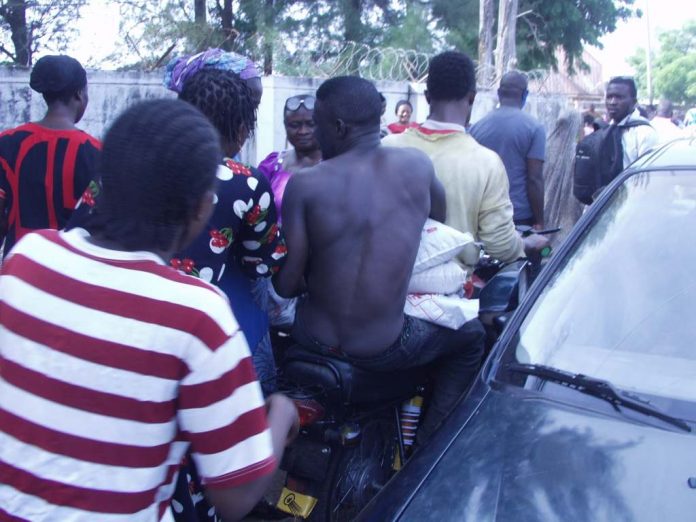 In the looting spree going on across Nigeria, a warehouse of a food processing company and another belonging to  NAFDAC have been busted by citizens in Kaduna.

According to the state government, the grains looted in the company’s warehouse at Narayi on Saturday have been treated with chemical, and drugs the looters carted away are expired.

In a statement issued on Sunday, the Commissioner for Internal Security and Home Affairs Mr, Samuel Aruwan said, the National Agency for Food & Drug Administration and Control (NAFDAC) has updated the State Government about the items looted yesterday from their warehouse in the Narayi area of Chikun LGA.

“The looted items include expired, prohibited and dangerous drugs. Persons who consume such drugs are at great risk of serious illness and death.

“The management of a food processing company whose stores were looted in Kakuri has also disclosed that the stolen grains have been treated with chemical preservatives which render them unsafe for consumption.

The government now warns the citizens to be vigilant and careful about the source of food and medications they take and where they buy them, to avoid these dangers.

“The Kaduna State Government appeals to the public for information on the identities of the looters and where they might be hiding the stolen items.”

The ENDSARS protest that started October 8 spiralled into arson, looting, and killing across Nigeria on Tuesday.