Etihad Airways, the national airline of the United Arab Emirates (UAE) and Abu Dhabi Airports have both signed to officially support next year’s Global Aerospace Summit. According to the organizers, the summit will bring an international delegation of 1,000 aviation, aerospace, defence and space experts to the country’s capital to explore innovation within their sectors.

The Summit with “innovation” as it overall theme will run at Abu Dhabi National Exhibition Centre (ADNEC) on March 7 and 8 and next year’s edition of the biannual gathering will also feature for the first time dedicated sessions on the expanding aviation sectors of Saudi Arabia and Africa.

Chairman, His Excellency Ali Majed Al Mansoori, said Abu Dhabi Airports has signed up to be a summit partner. According to him, “Abu Dhabi Airports is proud to be a partner for the Global Aerospace Summit 2016 and is committed to strengthening Abu Dhabi’s position as a global aviation leader. We are privileged to be a part of this one of a kind think-tank platform and look forward to demonstrating the excellent progress we have made in developing the aviation sector in the Emirate of Abu Dhabi.”

Etihad Airways is designated as the Summit’s official airline. The airline’s President and Chief Executive Officer, James Hogan, confirmed that “Etihad Airways is proud of the role it has played in Abu Dhabi’s growing aviation and aerospace sector. Innovation is a significant part of our business and we are very pleased that it is the central theme of the Summit. We are happy to lend our support to the Summit,” he said.

The 1,000 C-suite executives who will attend the summit by invitation only will share their experiences of supporting industrialisation, improving supply chain standards, forging cross-border partnerships and creating value-added jobs for highly skilled individuals.

They will also hear a keynote address by one of the Forbes’ world’s most powerful women; Chairman, President and Chief Executive Officer of the global security and aerospace company Lockheed Martin, Marillyn Hewson.

Hosted by Mubadala Development Company and organized by Streamline Marketing Group (SMG), the summit is part of the inaugural Abu Dhabi Aviation and Aerospace Week, which is held under the patronage of His Highness General Sheikh Mohammed bin Zayed Al Nahyan, Crown Prince of Abu Dhabi and Deputy Supreme Commander of the UAE Armed Forces. 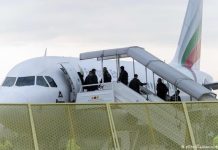