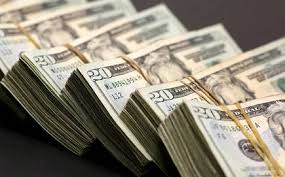 The euro fell towards a one-week low on Tuesday as the dollar gained broadly and investors began pricing in more caution from the European Central Bank at its meeting on Thursday.
The ECB is facing growing pressure to address the question of how to protect the eurozone economy from a protracted slowdown.
Expectations that the central bank will delay hiking interest rates until next year and soon re-launch long-term loans to banks have put pressure on the euro, which has fallen 1.2 per cent against the dollar this year.
“The euro’s losses may be down to the fact that the ECB’s new projections on Thursday might paint a more subdued picture than before,” Antje Praefcke, an analyst at Commerzbank, wrote in a note to clients.
“The market may already be pricing in a slightly more cautious ECB, which is why the euro is already aiming for the 1.13 dollar mark,” he said.
The euro dipped 0.2 per cent to 1.1318 dollars.
It had brushed a 7-day low of 1.1309 dollars on Monday.
Elsewhere, the Canadian dollar fell to its lowest in more than five weeks on expectations that the central bank was approaching a policy turning-point and as concerns grew over a political scandal that has triggered cabinet resignations.
The currency was down a quarter per cent against the U.S. dollar at 0755 GMT after touching three-week lows on Monday.
The Bank of Canada is expected to hold rates steady this week and many reckon it could be edging towards a cut later in the year.
The dollar stood close to a two-week high against key peers on Tuesday, shored up by a resilient U.S. economy.
The greenback has enjoyed some support from higher U.S. Treasury yields as recent data has eased fears of a potentially rapid loss in economic momentum.
The index measuring the dollar against a group of six major currencies was 0.1 per cent higher at 96.726 after going as high as 96.816 the previous day, its strongest since Feb. 19.
Price volatility in the world’s most-traded currencies has subsided recently as a dovish shift by major central banks reversed a brief revival at the end of 2018.
Volatility is crucial for traders, who can wring out more profits when prices move wildly.
But the euro/dollar exchange rate — the world’s most-traded currency pair — is stuck in its narrowest quarterly trading range since the euro’s inception.
Deutsche Bank’s Currency Volatility Index on Tuesday dropped to 6.73, close to a record low of 6.66 hit in January 2018.