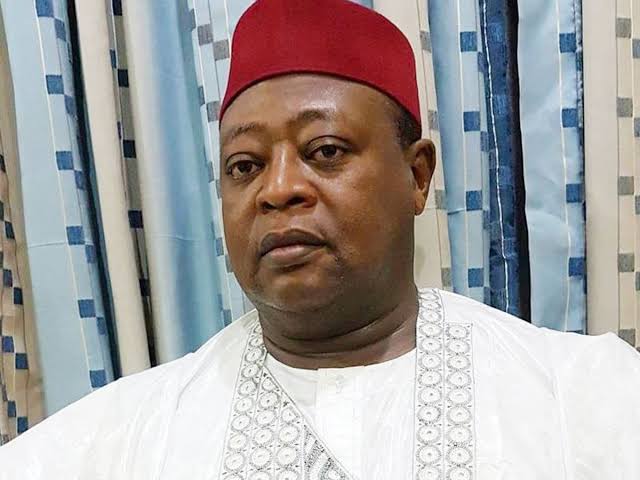 The All Progressives Congress APC), Sokoto State Chapter, on Sunday described the expulsion of APC North West Vice Chairman, Mr Inuwa Abdulkadir from the party by its National Working Committee as a huge relief to APC loyalists in his home state of Sokoto.

Recall that Abdulkadir was recently expelled from the APC for anti-party activities, sabotage and disloyalty.

A statement signed by the party’s State Chairman, Alhaji Sadiq Achida, and made available to newsmen in Sokoto, said Abdulkadir should follow the path of honour and resign from all such positions.

Achida commended the party’s National Chairman, Comrade Adams Oshiomhole and members of the National Working Committee (NWC), for adopting resolutions of the party at Ward, State and Federal levels to expel Abdulkadir from the party.

“The effort will surely assist in ensuring that we uphold the spirit of fair play and justice among party members.

“This action will further enhance cohesion and unity at all levels of party hierarchy.

“The development is also significant, because it will further strengthen rules and justice, and that one should only reap where he sows,” Achida said.

Achida explained that the former officer failed to live up to the expectations of his exalted office and therefore deserved the action.

”The action of our national headquarters has also added another feather of honor to the party, for having a listening leadership that carries its various state chapters along in all its affairs.

” We want to take this opportunity to call on Abdulkadir to take this development in good faith and regard it as reward for his actions or inactions.

“We further request that he follow the path of honor by resigning from all federal appointments which he got by virtue of his election into the NWC of the party.

” We are convinced that his continued stay in offices such NAFDAC Governing Board and others will be another chance for him to further sabotage activities and programs of the Federal Government,” he said.

According to him, Abdulkadir now has ample time to attend to the many offices given to him by the Peoples’ Democratic Party (PDP).