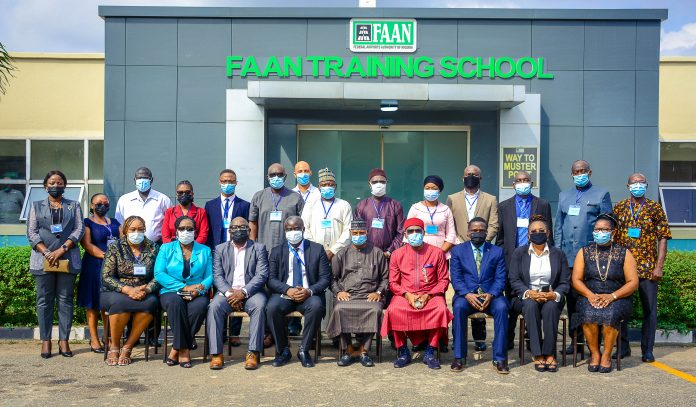 The prestigious training school of the Federal Airports Authority of Nigeria has paid host to the first ever International Civil Aviation Organization’s (ICAO) Aviation Security Instructors Certification Course in English.

In his closing remarks, the FAAN Director of Commercial and Business Development, Sadiku Rafindadi (DCBD), who represented the Managing Director, Captain Rabiu Hamisu Yadudu congratulated participants for their involvement in this historic training while also noting that the Authority’s training school is ready to host more trainings.

In her remarks, Acting General Manager, FAAN Training School, Barrister Obi -Arumgbo Ifechukwu expressed her appreciation to participants and everyone involved in the successful hosting of the training.

The fourteen participants were issued their certificates by FAAN DCBD. A Nigerian representative, Igbinoba Morenike was also issued an individual award by an instructor as the best individual trainee.