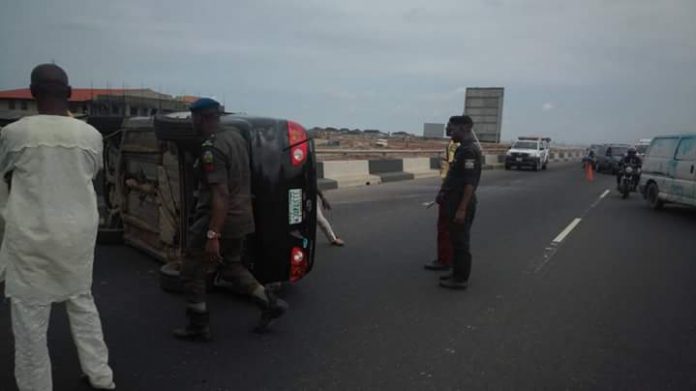 By stroke of luck, a family of six escaped death at the 3rd Mainland Bridge as their lone car crashed and hit the basement of the bridge outward Lagos on Saturday evening.

The accident involved a Toyota Corolla car with four adults and two children as occupants.

ALSO SEE: Kenya in a state of uncertainty

National Daily gathered that they were returning from an eatery on the Island where they went to celebrate Sallah.

The Rapid Response Squad (RRS) personnel stationed on the bridge rescued them from the trapped vehicle while paramedics attended to the injured.

The police cautioned all and sundry to drive carefully while they celebrate Sallah.