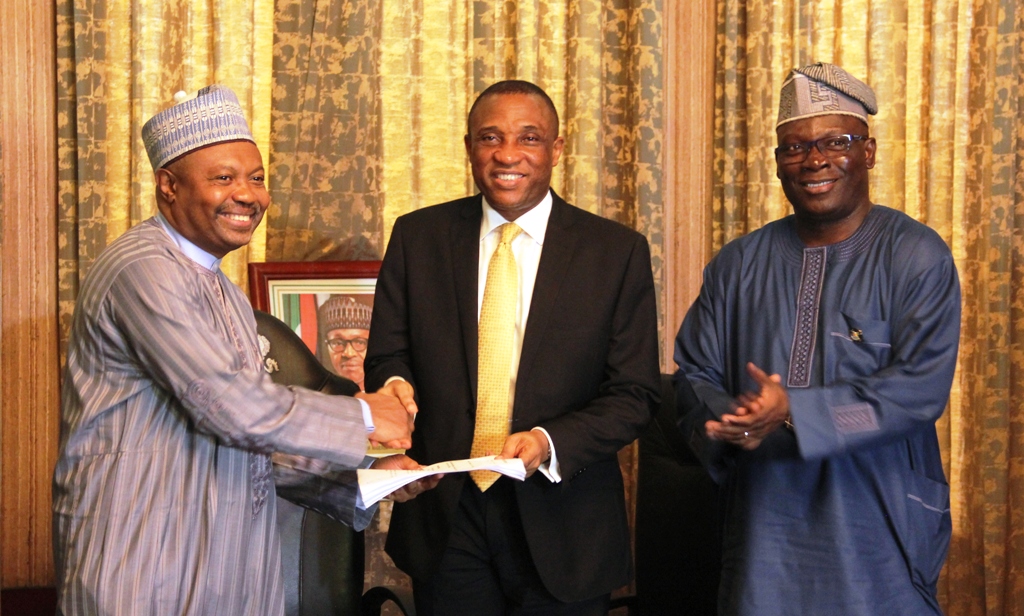 Share this on WhatsApp
Spread the love
The federal government has signed an MOU with Lagos as it transferred ownership of the Marina Presidential Lodge to the state.
The signing ceremony took place Thursday, nine months after President Muhammadu
Buhari approved the transfer of the monument to Lagos for use as a tourist attraction.
Speaking at the ceremony, Secretary to the State Government Tunji Bello, who led the state officials including members of the State Executive Council, promised that Lagos would not tamper with the structure of the building.
ALSO SEE: Presidency: Osinbajo walking on tightrope
According to him, the edifice would be transformed such that residents of Lagos and Nigerians would not only be proud of it, will also compare it others elsewhere around the world.
“The successful handover of the structure represents one of the landmarks of the City of Lagos and an eloquent testimony to the new dawn of politics of tolerance and inclusiveness which the All Progressives Congress (APC) has brought to the Nigerian landscape,” Bello said.
On behalf of Lagos Gov. Akinwumi Ambode, the SSG expressed appreciation to President Buhari for his “statesman-like gesture” in the approval of the release of the edifice to the Lagos State Government.
He also thanked Acting President Yemi Osinbajo for ensuring that the handover process became realizable. 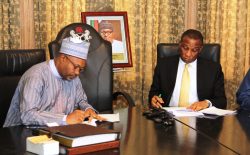 Bello thanked Works Minister Babatunde Fashola, too, for his assistance to ensure the success of the transfer.
Ambode and Fashola had a spat over the transfer in March. The governor accused the minister, his predecessor and party man, of frustrating the handover process.
Share this on WhatsApp
Related Topics:Babatunde Raji FasholaGovernor Akinwumi AmbodeMarina Presidential LodgeMemorandum of Understanding [MoU]minister for power
Up Next