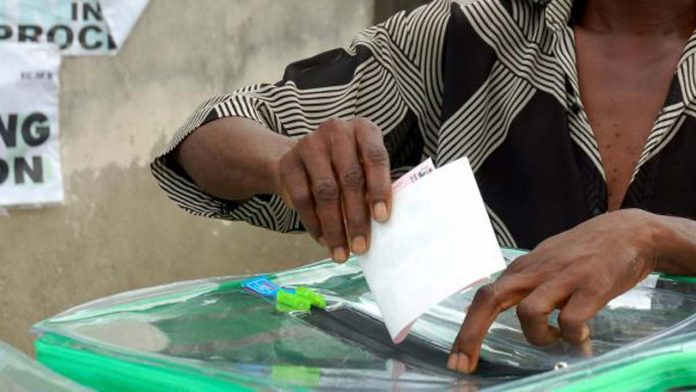 If common sense is the practical ability to do sound judgement, then the Supreme Court -installed new leadership of the Independent Petroleum Marketers Association (IPMAN) has glaringly shown that they lack it.

The directive single-handedly issued in Kano by the new National President of the oil marketers association, Chinedu Okoronkwo to its members nationwide to slash N5 off the current price of petrol as a solidarity with Gen Mohammadu Buhari in his re-election bid represents nothing but the beginning of a dangerous spiral that will outlive this electioneering season and definitely end up as an abattoir to this current national executives of the cartel. Mark my words!

This is the first time an IPMAN national president will plunge headlong into partisan politics dragging the name of the association along as if every member of the cartel belongs to the APC or is an apologist of General Buhari.

In the first instance, does Elder Okoronkwo have the powers or rather acceptability across board to order members nationwide to slash off N5 from the current price they sell petrol or he was just making a mere vacuous political statement?

Self deceit is the worst form of deceiving one’s self. The reality on ground in the association is that Chinedu Okoronkwo remains a factional leader whose only claim to the seat was the recent Supreme Court ruling. He in fact commands the weaker faction compared to the group led by another National President Chief Lawson Obasi his blood brother and instead of working assiduously to reconcile all the disgruntled elements in the association, he prefers to drag his faction into partisan politics for short time gains.

How do you explain that in its hurry to ingratiate itself to General Buhari and his APC government, the leadership of the oil marketers association unwittingly confirmed their members as first line culprits in the subsidy and equalisation scam by ordering them nationwide to reduce petroleum pump price from N145 per litre to N140 in solidarity with the president?

So petrol can actually sell below the current pump price and this same IPMAN has been clamouring for a jack-up of the current price regime? You see the wickedness against the Nigerian people!

In effect, IPMAN national president has simply confirmed the argument of the Presidential Candidate of the People’s Democratic Party, Atiku Abubakar, who insisted during his campaign that petrol can actually sell for far less than the current price of N145 per litre and the marketers will still have comfortable profit margins on their investments.

These same independents have been canvassing for an upward review of the pump price of petroleum products in the country particularly (PMS) popularly called petrol. Their argument has been that with the current price regime and the racketeering of foreign exchange by the Central Bank of Nigeria and individuals representing the interests of people in the Presidency, there was no way IPMAN members can sustain the fuel import business which they stopped doing for over four years now.

As said in a statement signed by the National President of IPMAN, Chinedu Okronkwo, released in Kano by the duo of  IPMAN chairman, Kano state chapter and the North West Zonal chairman, Alhaji Bashir Dan-Malam and Bashir Salisu-Tahir respectively, “IPMAN was prompted to slash N5 from the N145 per litre official petroleum pump price in a bid to motivate Nigerians to return to vote again on Feb. 23.

“We urge all our members across Nigeria to immediately reduce the fuel pump price from N145 per litre to N140 per litre.

“This is because of the political situation that hit the country after the Independent National Electoral Commission (INEC) suddenly announced the postponement of presidential and National Assembly elections after Nigerians were fully prepared.

“We are all aware how Nigerians travelled to different parts of the country in order to exercise their civic duty; unfortunately, they heard the sad news of postponement of the polls.

“This made us deem it fit to reduce the pump price in order to ease their suffering, and to also motivate them to travel again to exercise their franchise on Feb. 23.”

The above reasons would have been considered patriotic if not that IPMAN leadership unintelligently gave away the real intention of the pronouncement by saying that IPMAN’s decision was equally in response to President Muhammadu Buhari’s concern over the postponement.

“As Buhari apologised to Nigerians to show restraint and return to polling units on Feb. 23, IPMAN also calls on the citizens to exercise patience and come out en mass to cast their votes on the rescheduled date.”

First, let’s even look at the IPMAN set up: The order directing the association’s members nationwide to slash off N5 from the current pump price of petrol was contained in a statement signed by the new National President, Elder Chinedu Okworonkwo but was issued in Kano through the Chairman of state chapter, Alhaji Bashir Dan-Malam.

Is the IPMAN national headquarters now in Kano? What stopped Chinedu Okoronkwo from signing and issuing the statement through his office if he is genuinely sincere with the intentions of the directives? So does it mean the new National President of the association has relinquished the powers to take decisions and actions to the Kano Chapter and its Chairman? So many things are not adding up in this gimmick that is going to terribly backfire.

Those who know would agree that the new IPMAN national president Chinedu Okoronkwo is full card- carrying member of the APC and also a member of the current APC Presidential Campaign Council and have been involved in the nationwide re-election campaign of General Buhari. So IPMAN has now become partisan? This is a very unwise way to go, mark my words again!

As we talk today, IPMAN does not import a single drop of petrol from anywhere into this country as we were reliably informed by the administrators of the Nigerian National Petroleum Corporation (NNPC) when the association was blackmailing them for an upward review of the current price regime.

All that IPMAN members do is go to the fleet of NNPC storage facilities in Atlas Cove areas of Lagos amongst some other coastal areas and pick NNPC imported products which majority of them even selling off at 2-3 times the NNPC prices just at the gate of those facilities. The same racket happens in Port Harcourt and Warri Depots. These same independents will then go to Abuja to collect subsidy and equalisation payments for products they did not import nor transport to anywhere outside Lagos.

Nigerians should ask Okoronkwo how much petrol sells in his home state Abia? If he is sincere, he should start the compliance enforcement from Aba and the entire stretch of Abia state where it has become very normal to sell at whatever you like which most times are far above the regulated N145 per litre.

The Petroleum Products Pricing and Regulatory Agency (PPPRA) is the sole authority laden with the responsibility of working out the nation’s domestic pricing template. But if IPMAN can on its own crash the price of petrol to support Gen Buhari’s re-election bid, it all means that the marketers on their own have decided to deregulate the downstream sub-sector of the nation’s oil industry and this is good news which Nigerians will reap after all the elections because we will then come back to the issue and take up IPMAN on it. No more subsidy and equalisation payments, that’s what it means! Nigeria will work again! God bless my country!!

(Zubby Alazua is a Lagos -based Oil and Gas Lawyer and can be reached on:[email protected])