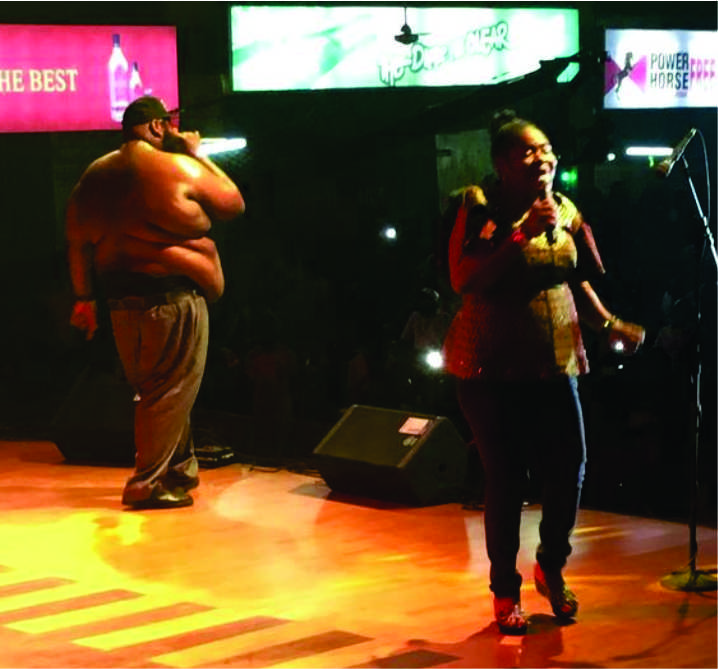 PENULTIMATE Thursday, Queen of Waka music Salawa Abeni and her rapper son Big Sheff had the centre stage at Felabration holding at the New Afrikan Shrine in Lagos. Both mother and son put up a thrilling performance that got the audience screaming for more. The highlight of their performance was when Big Sheff who looks like Rick Ross pulled off his shirt the Rick-Ross style while he rapped to his mother’s song. You may recall that Big Sheff did a remix of his mum’s classic song Gentle Lady last year in which he features his mum. Also, he and his sister were robbed at gun point around Gani Fawehinmi park in Ojota, Lagos. Big Sheff is Salawa Abeni and veteran Fuji music singer Kollington Ayinla’s son.

Share this on WhatsApp
Related Topics:Afrikan ShrineFelaberationSalawa Abeni
Up Next

My body tattoos are based on true life stories — Adunni Ade

I get lyrics from my dreams — Sun X