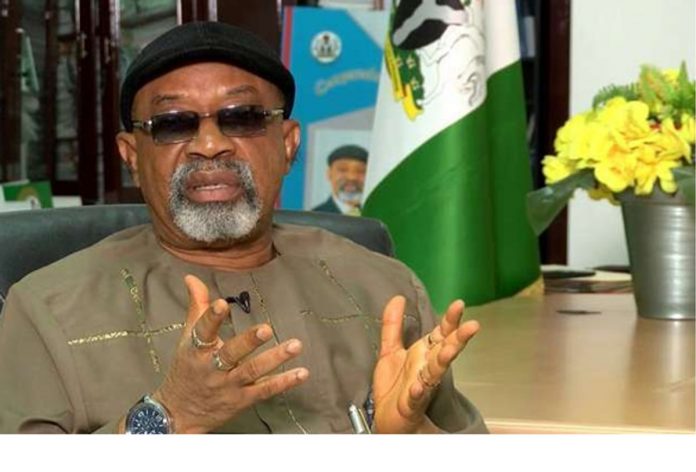 The Federal Ministry of Labour and Employment, has empowered 118 North east youths with various vocational skills, according to Mr Peter Tarfa, the Permanent secretary in the ministry.

Tarfa, who stated this at the inauguration of the 2021 Nationwide youth training on vocational skills on Tuesday, in Bauchi, added that the vocational skills and trades were meant to address youth unemployment in the zone.

He noted that the solution to the restiveness in the country was to encourage youths to be gainfully employed,

Tarfa further said that the training was part of government’s commitment to address unemployment among youths in the country through the National training programme for youths on vocational skills acquisition/emerging trades.

Organised by the Federal Ministry of Labour and Employment, the training was a nationwide programme “to complement the efforts of the federal government in providing jobs for unemployed youths, promote skill development targeting the youth, with the Northeast region as one of its beneficiaries in the country.”

He added that the Programme would run for one month, noting that the nationwide training would also provide relevant information, resources, and incentives for the development of skills, entrepreneurship, and enterprises necessary for national growth.

“I want to encourage all the participants in this training that the road towards economic emancipation, starts with your personal determination to succeed.

“It is not possible for the federal government to provide jobs for a population of over 10 million in the country, but if every Nigerian can acquire a skill, we would have succeeded in reducing poverty by 90 percent in the country.

“Do not despise small beginnings, you need to be focused and tenacious, so that you will be able to employ others to support you in the expansion of your businesses,” Mr Tarfa said

He pointed out that one of the priorities of the federal government was to move 100 million Nigerians out of poverty, and the empowerment programme was one of the pathways to achieving the goal.

The vocational centre would be running four sessions, adding that at the end of the training, starter-packs will be given to each beneficiary.

Mr Tadi Yusuf, the Director, Skills Development and Certification of the Ministry, urged the participants to ensure that they scored 75 percent attendance.

He stressed that without meeting the specified attendance requirement, they will not be issued certificates at the end of the training.

Yusuf said that the aim of the Programme was to achieve results, pointing out that the participants should give it their best to motivate the federal government to do more for youths in the country.

On his part, Mr Amos Johnson, the Zonal Director and the State Coordinator of the Ministry, said that the participants will be trained in skills, such as carpentry, hair dressing, cosmetology, electrical installation, and leather works.

Other skills, according to him, also included Satellite DSTV installation, and welding, amongst others.