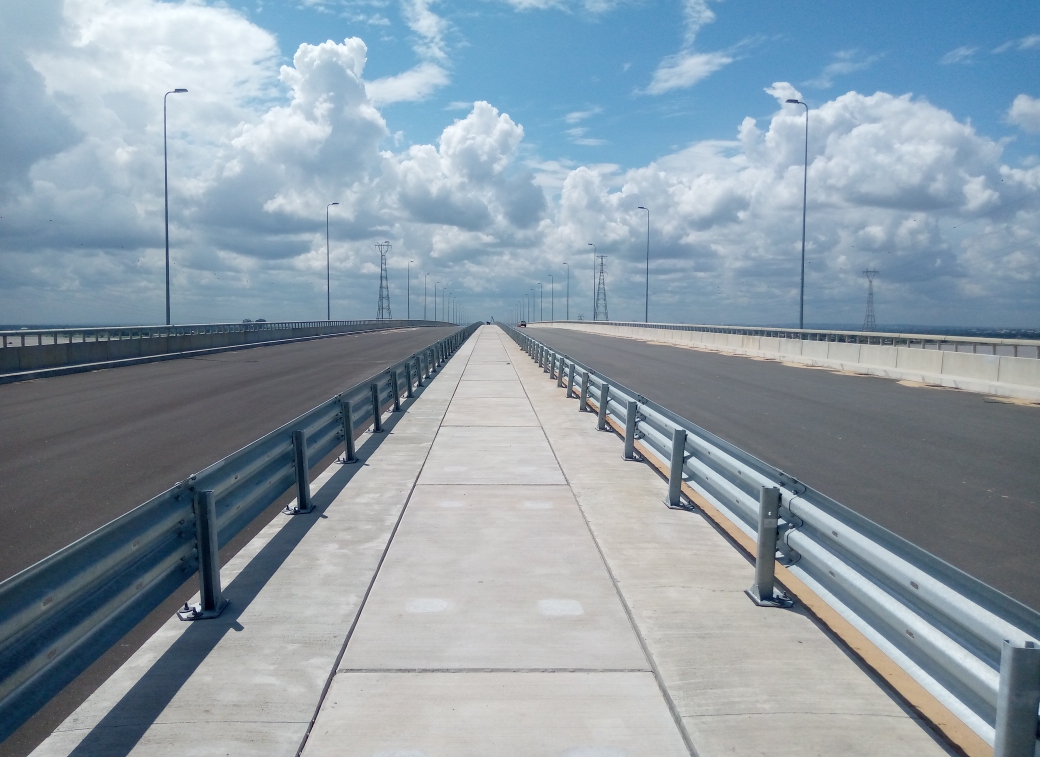 The Federal Government has promised that the Second Niger Bridge will be ready for use during the Christmas holidays in December this year.

The Acting Controller of Works in Anambra, Seyi Martins, said that the first phase of the Second Niger Bridge measuring 1.6km, had reached 95 per cent completion. He said that  contrary to reports that the project would be ready by 2024, the projects would be ready for use for travelers during the yuletide.

He added that motorists would not be subjected to gridlock experienced on the existing bridge during yuletide this year.

According to Seyi Martins, “The first phase of the project, which was the bridge itself, is substantially completed.

“The bridge project is 95 per cent complete and it is expected to be ready by December 2022.

“The steel guard rails are complete, the roads are set for vehicle traffic; the toll plaza area is almost completed, and what is left is the installation of toll booth canopies.”

The Controller said the bridge could be accessed from the interchange at Obosi on the Onitsha-Owerri road and that a road was being constructed to connect traffic on the Asaba-Benin expressway to it pending the completion of the second phase.

“The second phase of the project is yet to commence, but the government has deemed it fit that upon completion of the first phase it will be open to traffic.

“At the Onitsha end, there is an interchange at Obosi along the Onitsha – Owerri highway where you can access the bridge.

“On the Asaba end, there is a link road we are constructing to enable travelers to access the bridge from Benin-Onitsha road,” he said.

Woman pulls off LAWMA apron, says Genesis has brought her, family out of poverty