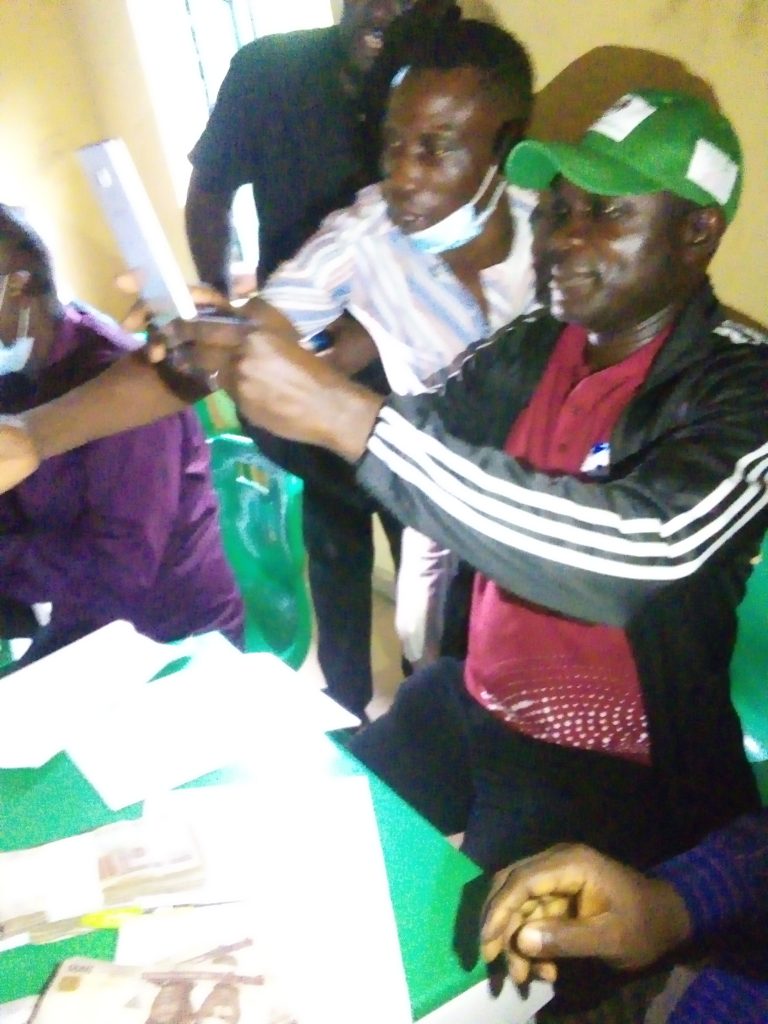 The Federal Government on Tuesday resumed its social support of Conditional Cash Transfer (CCT) to poor and indigent households in Bayelsa.

The CCT is managed by the Ministry of Humanitarian Affairs, Disaster Management and Social Development led by the Minister, Hajia Sadiya Umar Farouq.

The National Daily reports that the payment resumed at Igeibiri, in Southern Ijaw Local Government Areas of the state following a backlog of payment for six months.

Emmanuel Benson, the Focal Person, National Social Investment Programme (N-SIP) in Bayelsa, explained that the exercise was aimed at reducing poverty in the state and the country at large.

He said, “What is going on here today is a recommencement of the conditional cash transfer.

“The figure of beneficiaries usually comes up at the end of the day because some don’t show up for their payment, so at the end, we can then say this is the total number of people paid.”

He commended President Muhammadu Buhari, Minister for Humanitarian Affairs, Disaster Management and Social Development, Gov. Douye Diri of Bayelsa, for their support for the programme.

He said that the money was to uplift the poverty system in the state, urging the Bayelsa government to key in and support the programme.

Benson, who doubles as the Coordinator of N-power and and the School Feeding Programme in the state, expressed hope that by end of November, more people would have benefitted.

He also advised the beneficiaries to utilise the funds judiciously, noting that some beneficiaries who are traders were already giving positive feedbacks to encourage the Federal Government to do more.

Nembe, Brass Ogbia, and parts of Southern Ijaw Local Government Areas are the remaining areas to be covered in the pilot scheme.

Some of the beneficiaries who spoke to newsmen commended the Federal Government for the gesture.

Mrs Ebiere Ebiye, a foodstuff dealer said, “this is not the first time I am receiving such stipend for the programme.

“The money has been aiding me in my business and in handling little challenges in my home, and also in my building.

“I am very elated with what the Federal Government is doing and I pray God will continue to replenish them.”