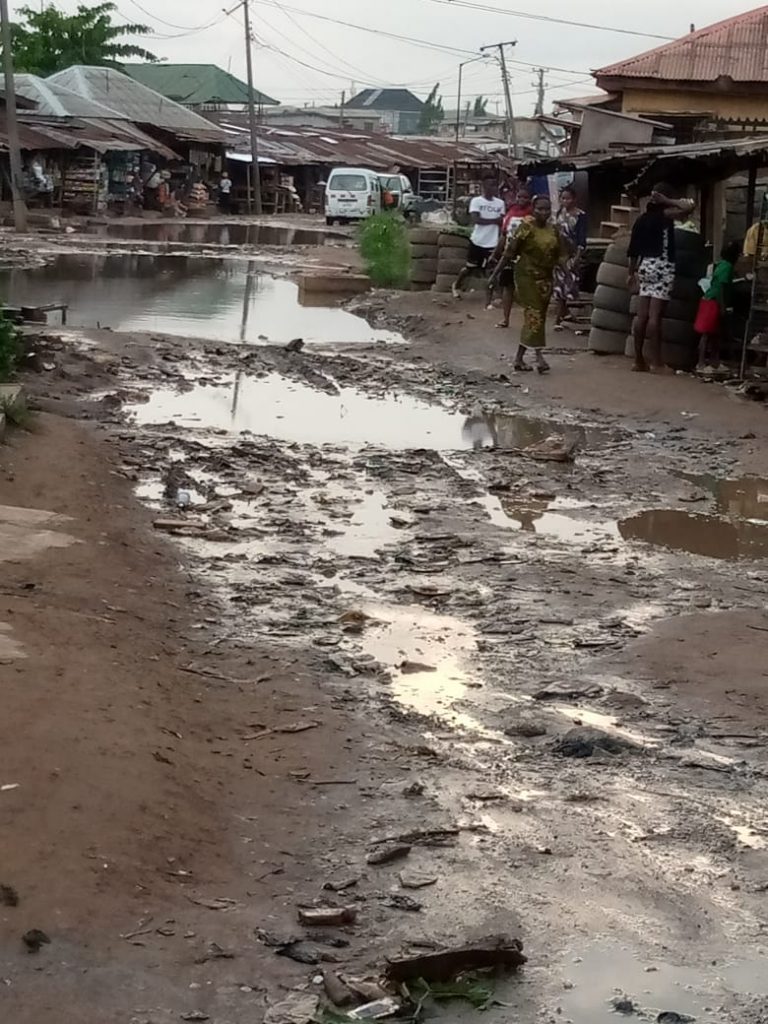 Some residents of Alagbado in Ijaiye-Ojokoro Local Council Development Area (LCDA) have appealed to Gov. Babajide Sanwo-Olu of Lagos State to rehabilitate all roads in deplorable conditions in the area.h

The residents made the appeal n Lagos on Tuesady.

They said that all the major roads in Ojokoro area of LCDA were in deplorable states and needed urgent government’s intervention to ease human and vehicular movements.

Alhaji Hamzat Azeez, a community leader in Ojokoro, said that nearly all the roads in the wards were in deplorable conditions.

According to him, the affected streets are; Fatunbi, Coker, Sunmonu, Afuwape, Adebayo and Eniola in Ward A, Shola Martins, Oladitun, Seyiola in Ward B, Ile Igbo, Arowolo, Irebanwa and Adetutu street in Ward C.

“These roads have become a nightmare to the residents and users. I am pleading with the state governor to help us fix the roads.

“All the streets are major roads that linked Ikereku and Yusuf Jakande Power Line communities, we are in dire need of government’s urgent attention,’’ Azeez said.

Also, Mr Oladejo Akinloye, the LCDA’s ‘Babaloja General’, said that major road projects in the area had been abandoned.

“I am appealing to the governor to complete many of the abandoned road projects, especially, that of Shola Martins Street. Some dilapidated infrastructures in the area also need proper maintenance,” he said.

Similarly, Mr Babatunde Amoo, a teacher, said that the bad roads had affected many businesses and schools in the area.

“Students get to their schools late and return home late while some drivers have abandoned their buses due to high cost to regularly maintain their vehicles.

“We are appealing to the state government to take proactive steps to tackle these road challenges in our area, to ease vehicular movement and bring businesses to limelight in the area,’’ he said.

FG resumes payment of CCT to households in Bayelsa

JUST IN! Solskjaer and United receive the greatest boost ahead of next EPL clash